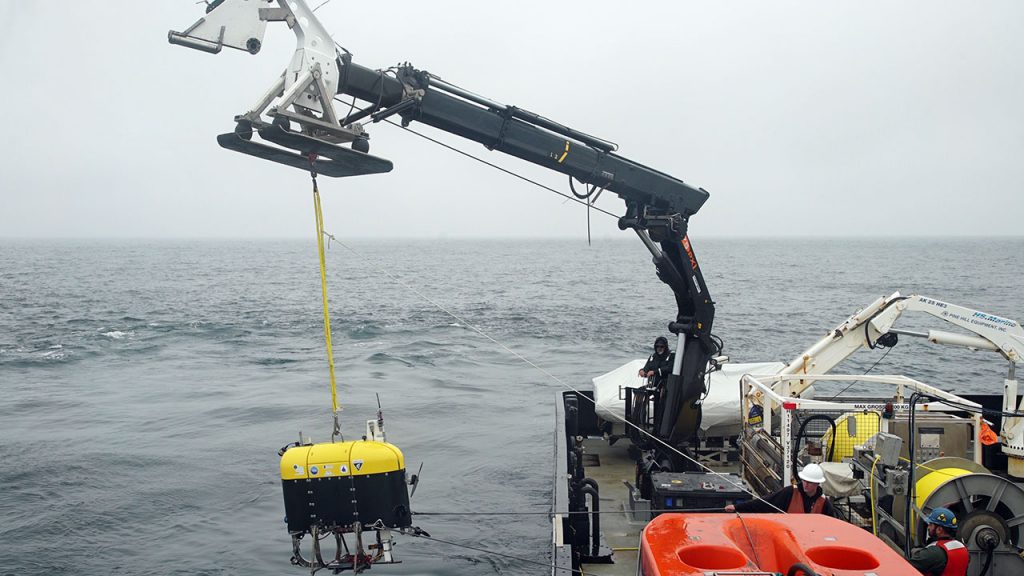 Mesobot is deployed from R/V Rachel Carson for the first time. (Photo by Erik Olsen)

In late June researchers from MBARI joined engineers from Woods Hole Oceanographic Institution (WHOI) to test a new breed of undersea robot designed to open up new avenues of research in the mesopelagic, also known as the ocean’s twilight zone. This vehicle, the Mesobot, originated at WHOI and was developed over the past two years with critical input from scientists and engineers at MBARI, Stanford University, and the University of Texas Rio Grande Valley.

Posted in In the News and tagged Mesobot, technology