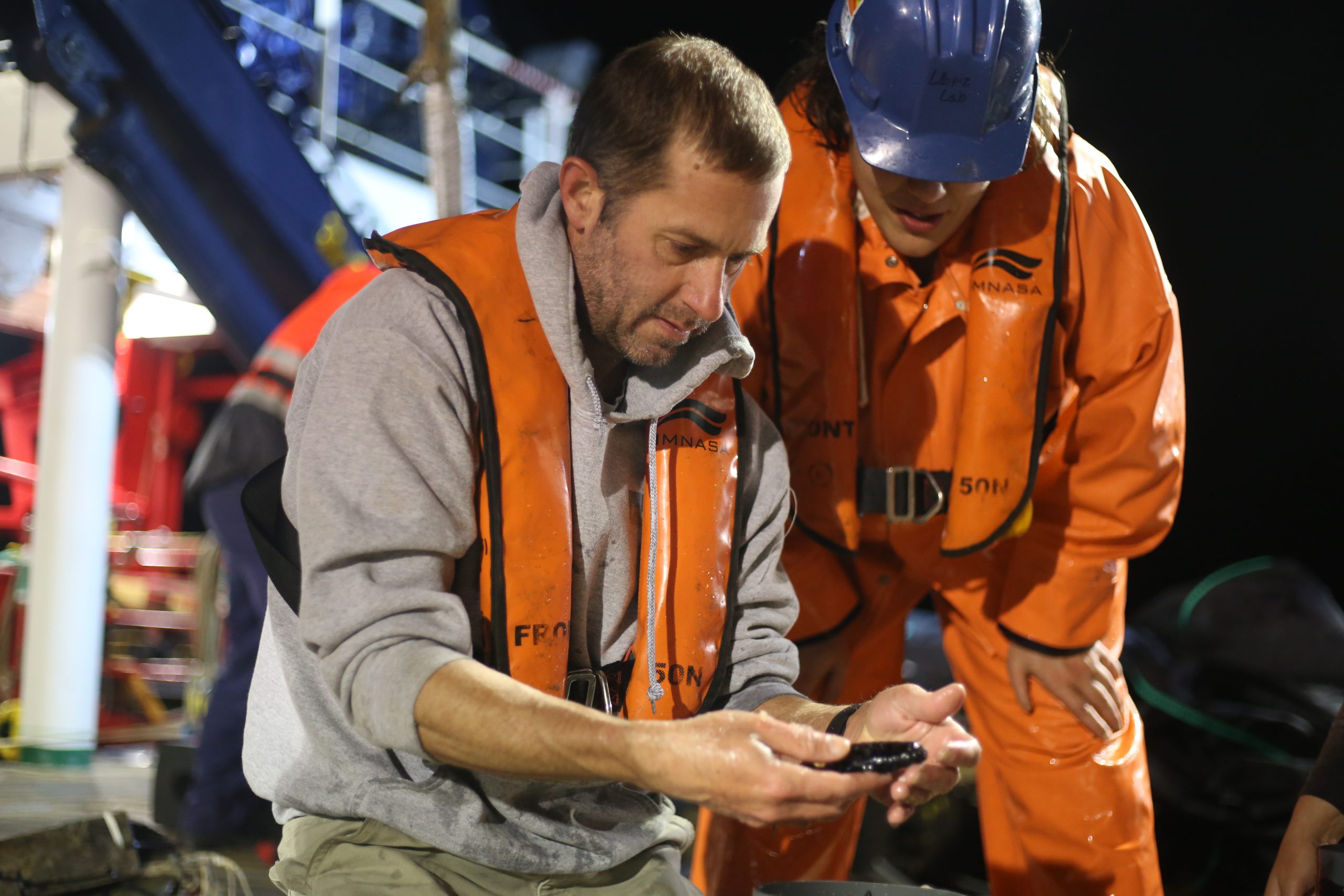 OTZ researcher Joel Llopiz (Left) examines a fish from the twilight zone during a net tow in 2021.

The twilight zone is home to more fish than any other part of the ocean. Upper estimates of twilight zone fish biomass are roughly 10 billion metric tons, or about 50 times the amount of wild caught and farm-raised fish harvested each year—yet scientists still don’t understand the exact ways those animals live, interact and feed on each other.

Joel Llopiz is exploring the twilight zone to answer some of those long-standing questions. Llopiz, a marine ecologist with the OTZ project, studies fish living in the zone's dim waters. In order to chip away at understanding this important region of the ocean, he says, it’s essential to figure out which species are there and how they live their lives. That's a tall order.

“There are a lot of biological and ecological questions that people have answered for coastal species, but we don't know the answers to those same questions for twilight zone fish,” Llopiz says. “Even basic stuff hasn’t yet been studied: What age do they mature? How many eggs are released by the females? How connected are different regions of the ocean in terms of the movement of the fish in the ocean due to surface currents or swimming? We just don’t know.”

To find out, Llopiz and his lab are collecting twilight zone fish at sea using net tows, and are dissecting those individuals to learn more about them. By looking at the fishes’ gonads, stomach contents, and otoliths (ear stones that can be used to age the fish) his team is gaining valuable insight on the life histories of twilight zone fish and is ultimately helping reveal the role these fish play in moving carbon through the deep ocean and how a sustainable fishery could potentially be developed.

“The Twilight Zone has a huge impact on global climate. The upper ocean takes in carbon from the atmosphere, and that carbon can slowly move down through the twilight zone to the bottom. We think it does that more efficiently or more quickly because of the fish and other organisms living there,” he says. “In order to understand that process, we’ll need to learn more about the organisms themselves.”