If there’s anything we’ve learned about the twilight zone, it’s that the more eyes we have in it, the better. MINION (MINiature IsOpycNal) floats are small, inexpensive devices weighted to be neutrally buoyant at a pre-selected depth in the twilight zone. These devices will carry camera and lighting systems, and will photograph particles of carbon-rich detritus called “marine snow”  as it falls from above. Each float drifts with the currents and is programmed to surface at a specific time. By deploying a fleet of these devices over a huge area, the OTZ team will be able to observe marine snow throughout the twilight zone, and take widespread measurements that would otherwise be impossible to achieve.

The development of MINIONs is lead by Melissa Omand, from the University of Rhode Island and funded by the National Science Foundation. 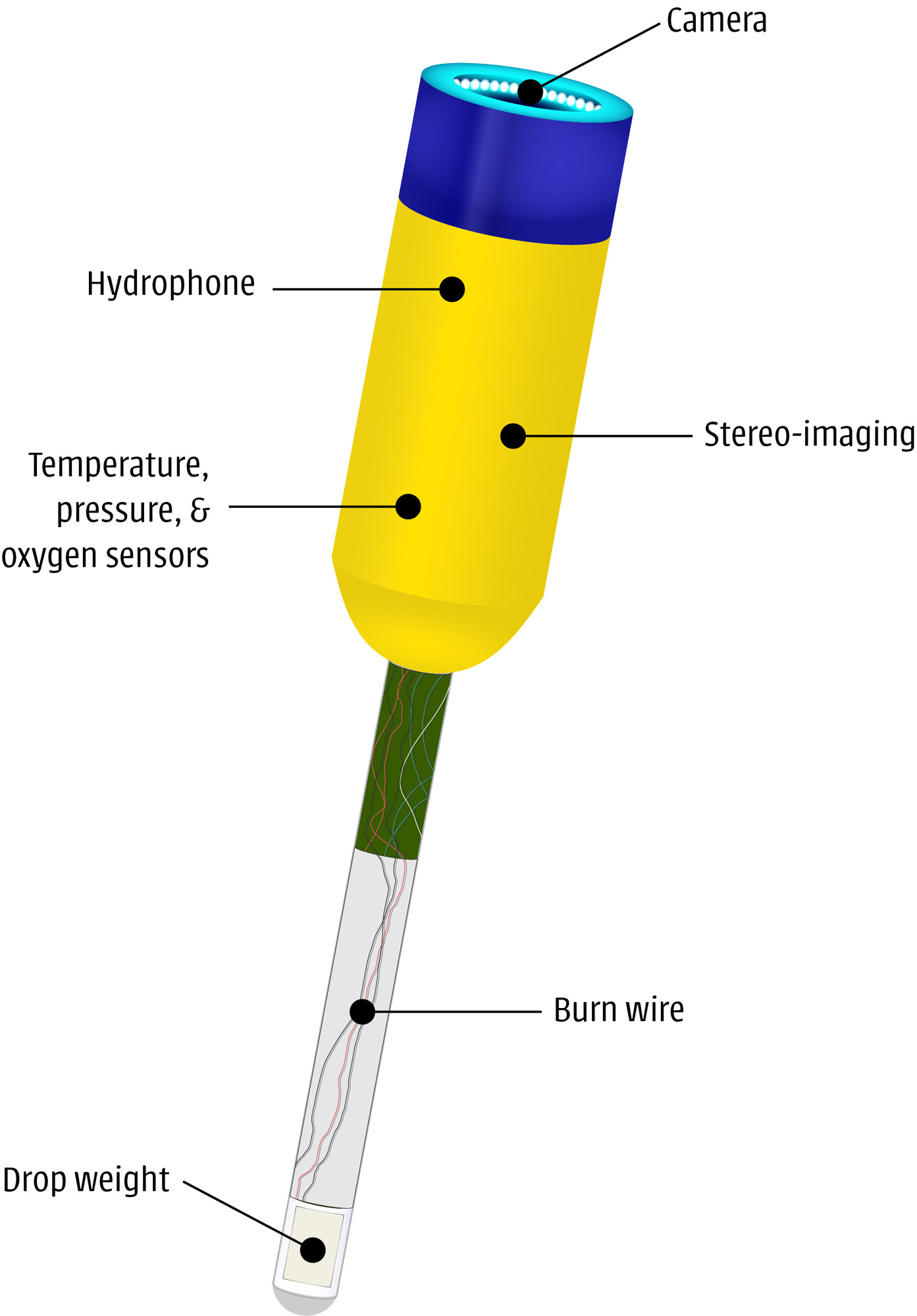