Studying the OTZ with NASA

From May 3-21, 2021, members of the OTZ team sailed aboard the Spanish research vessel R/V Sarmiento de Gamboa as part of the NASA-funded EXPORTS (EXport Processes in the Ocean from Remote Sensing) mission. On this voyage, the team rendezvoused in the northeastern Atlantic Ocean with two other research vessels to study the ocean twilight zone. The voyage let the team field-test new scientific technology. including MINIONS, TZEx, and new acoustic packages, and to gathered previously unobtainable data from the twilight zone.

The three-ship expedition—a highly unusual arrangement for oceanographic research—involved careful collaboration between the Sarmiento and the British ships RRS Discovery and RRS James Cook. Each ship deployed its unique suite of instruments and tow nets within close quarters of the others, letting the international team of scientists study how carbon from the ocean's surface moves through the twilight zone on its way to the deep ocean.

This work will help to answer some tantalizing questions about the zone itself. Biological processes in the twilight zone are responsible for sequestering 2 to 6 billion metric tons of carbon annually—roughly six times the amount of carbon emitted by all the cars on Earth each year—but exactly how the zone extracts that carbon remains unclear. Studying those processes will help scientists improve climate models, create more accurate estimates of sea level rise, and inform new policies for coastal communities worldwide. 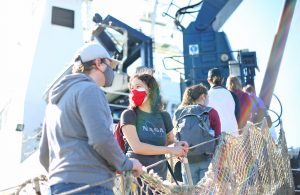 Day 1: The Journey So Far

As we finish unpacking and organizing our gear, it’s hard to believe we boarded the Sarmiento de Gamboa just three… 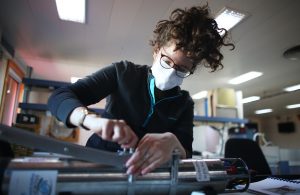 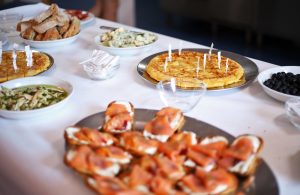 For many of us Americans on board the Sarmiento de Gamboa, this expedition marks our first experience working on a… 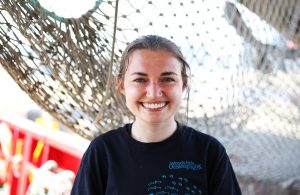 Helena is a graduate student in the School of Aquatic and Fishery Sciences at the University of Washington. A former… 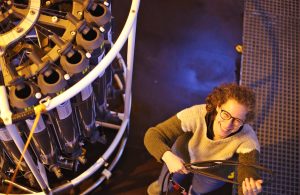 Before the ship arrives at its destination in the North Atlantic, the ship’s crew and science team need to make… 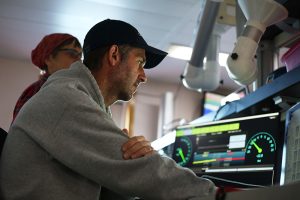 It’s obvious we’ve traveled north because the sun rises earlier now than it did in Spain. By 7am, the main…