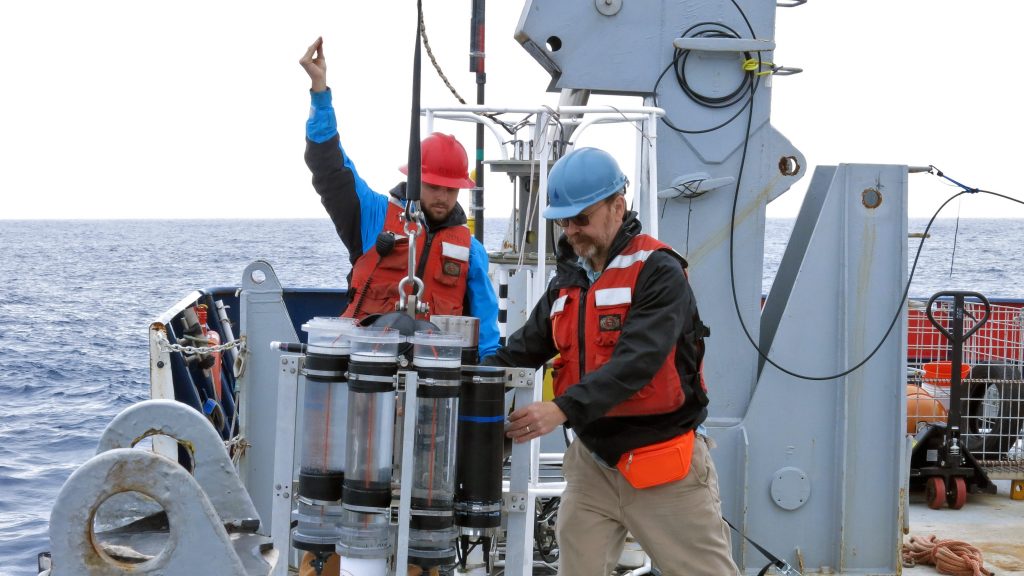 WHOI marine chemist Ken Buesseler (right), one of the authors of the study, deploys a sediment trap used to study the biological carbon pump during a 2018 expedition in the Gulf of Alaska. (Photo by Alyson Santoro, University of California Santa Barbara)

What’s the value of studying the ocean’s biological carbon pump? It's not just a philosophical question—a new paper by WHOI scientists is helping to put a real-world dollar amount on this area of OTZ research. With a price tag of roughly $500 billion, it has a few more zeros than you might expect.

Scientists have long known that the ocean plays an essential role in capturing carbon from the atmosphere, the study notes, but the efficiency of the ocean’s “biological carbon pump” has been drastically underestimated, which can have big implications for future climate assessments.

Click below to read more about the study, which has been published online and will appear in the December 2020 issue of the journal Science of the Total Environment.