Pulling Out All the Stops

For this expedition, the OTZ team will embark on an unprecedented multi-ship expedition in the northwest Atlantic, using two research vessels (R/V Endeavor and NOAAS Henry B. Bigelow), and a commercial fishing vessel (F/V Monica). The team also plans to supplement data collcted on these vessels using an unmanned, AI-driven surface ship (USV Mayflower 400), which will survey the same area after the crewed vessels return to port.

While at sea, the team will deploy almost every tool it has developed to study the twilight zone over the last three years, including Mesobot, Deep-See, TZEx, ROAM tags, MINON floats, and eDNA samplers. This technology will be used in conjunction with the new Twilight Zone Observation Network, which will let scientists accurately track positions of tagged apex predators as they forage deep in the twilight zone. (The network will also continuously monitor the movements of marine organisms as they migrate up and down through the water each day, and will help researchers measure the downward movement of carbon from the surface).

Each ship will serve a different yet complimentary purpose on this voyage. The Monica will capture and tag sharks that dive into deep water to feed, helping the OTZ team understand these predators' behavior in the twilight zone. The Bigelow will characterize migrating fish and other organisms, both by capturing them in traditional nets and viewing them using acoustic signals from the Deep-See towed vehicle. On the Endeavor, scientists will measure the movement of carbon through the twilight zone, collect images of gelatinous animals with the Stingray Tow Sled, gather environmental DNA for analysis, and deploy Mesobot to capture acoustic data, light data, video footage and still images.

After the crewed ships complete their operations, the nimble, autonomous Mayflower will then comb the waters that the other three ships studied using onboard sonar and other instruments—plus data from the tagged sharks—to continue monitoring the twilight zone. All the data collected by each vessel will be coordinated and cross-referenced with data collected from the other vessels.

While each of these different activities is exciting in its own right, the combination of all this research on one mission is truly groundbreaking. In collecting dozens of complementary datasets, OTZ researchers will gain a previously unattainable level of detail on the twilight zone. 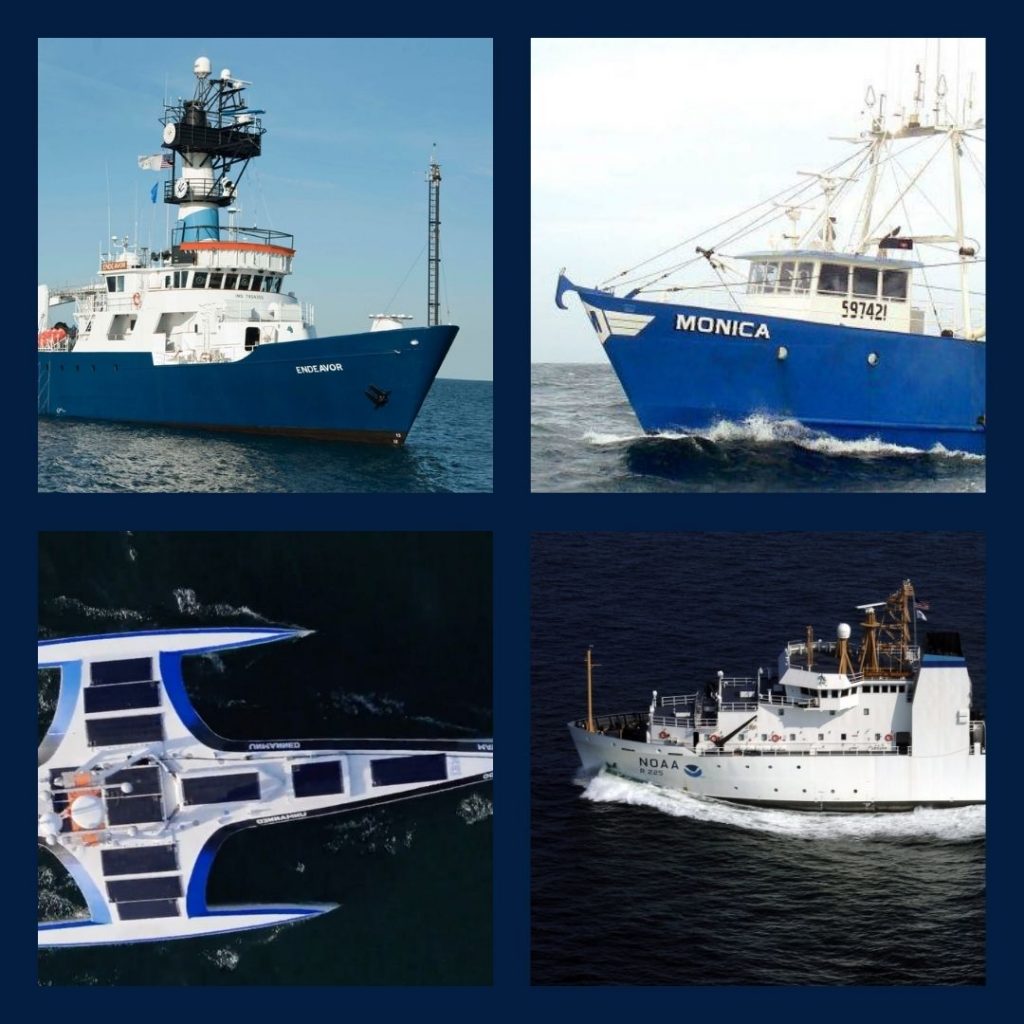 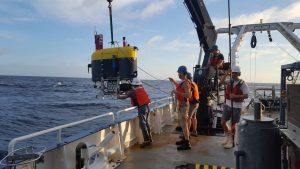 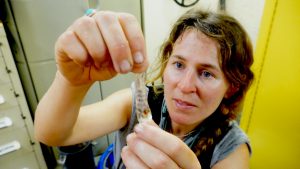 Katy Baker, a PhD. student at the University of Tasmania, examines a salp caught during a deployment of a MOCNESS… 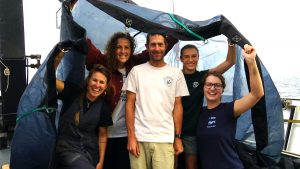 The MOCNESS team takes shelter under a net during a drizzle. From left to right: University of Tasmania PhD. student…