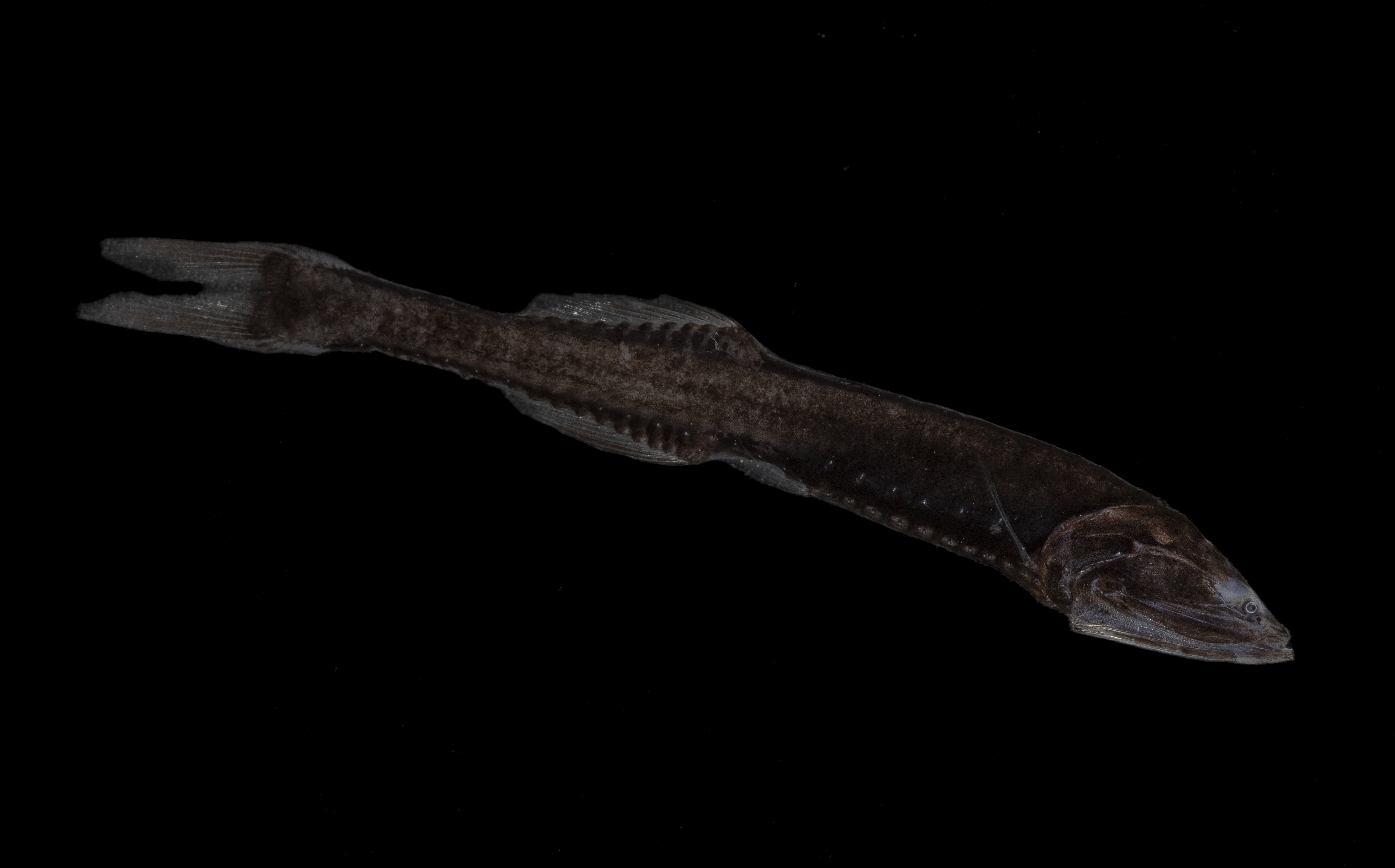 By towing sampling nets over specific depth ranges, scientists are able to estimate the total amount of living things (biomass) and the number of different living things (biodiversity) in that region of the ocean. Recent press has crowned the bristlemouth fish the king of vertebrates, with estimates in the trillions or even quadrillions.

But how do scientists arrive at such a number? It’s all about the math, and some educated assumptions. As a simplified example, in 2010, scientists working in the northwestern Atlantic Ocean, as part of the Census of Marine Zooplankton counted the fish and types of fish brought to the surface in nets towed at depths ranging from 200 to 5,000 meters (660 to 16,400 feet). They reported that 40 to 50 percent of the roughly 4,000 fish sampled were Cyclothones, the genus of bioluminescent bristlemouths.

To expand this small sample to an estimate of global numbers just requires some additional information and some simple math. First, we calculate the volume of ocean sampled, which we get from the size of the net opening, the speed of the ship, and the length of time it was in the water. To that, we combine the number of bristlemouths collected from the volume sampled to arrive at an estimate of roughly 1-12 fish per cubic meter, a volume of water about the size of a washing machine. But now multiply that by a factor to get the number of bristlemouths within the total estimated volume of the mesopelagic zone (20% of the ocean’s total volume). You arrive at a very large number, in the quadrillions.

Of course, the example is oversimplified and assumes every cubic meter of mesopelagic water is the same and more. but other expeditions have found similar abundance and we’ve only explored a small percentage of the world’s ocean. And although this may make bristlemouth seem like a vast and inexhaustible marine resource, there are so many gaps in our knowledge about their role in the food web, their life cycle, and the many other animals that inhabit the twilight zone with them that it’s far too premature to think we could freely fish the mesopelagic without concern.

History has shown that unregulated fishing can be devastating to ocean ecosystems. Despite this, . The WHOI’s Ocean Twilight Zone project seeks to close these critical gaps in knowledge, to engage the public, and to inform policy so that history does not repeat itself. Improving estimates of how many bristlemouths live in the twilight zone is just a beginning, but a crucial step in better understanding this critical, but under-studied part of our planet.