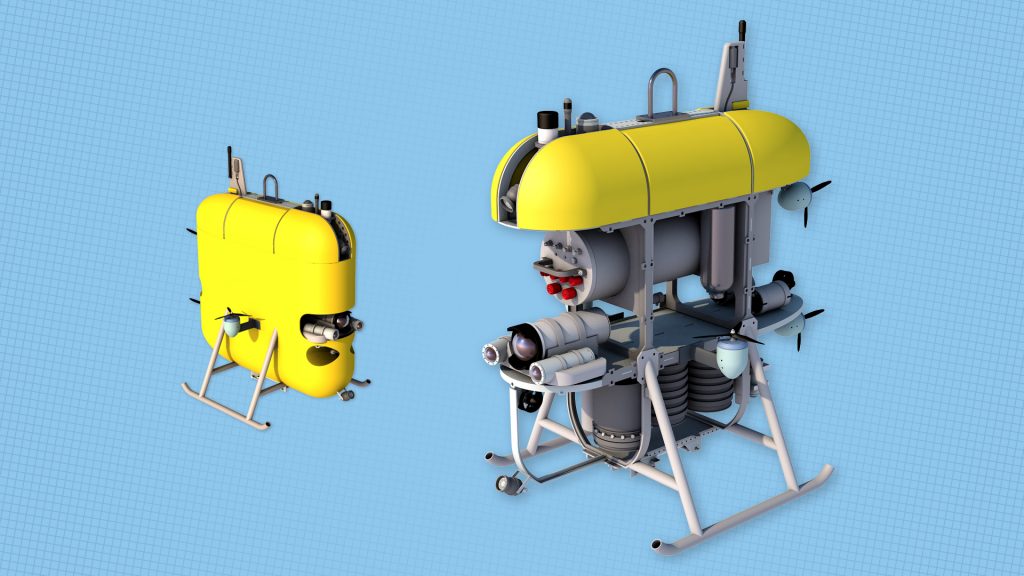 The Mesobot is an autonomous underwater vehicle designed to track animals in the ocean twilight zone without disturbing their environment or behavior. (Illustration model by Justin Fujii, render by Tim Silva, WHOI Creative)

The idea for the Mesobot sprang from a somewhat tongue-in-cheek request. Dana Yoerger, a scientist and engineer at Woods Hole Oceanographic Institution, was having a chat with his WHOI colleague Larry Madin—a marine biologist. Madin spent much of his career scuba diving to get close to his research subjects: gelatinous animals such as jellyfish and salps.

“Larry looked at me and said, ‘Dana, can you build me a robot that can show me what I missed when I ran out of air?’ ”