When it comes to climate, the ocean plays a massive role. Every year, it pulls roughly a quarter of all human-created carbon dioxide (CO2)—about 9 billion tons of the stuff—from the surface waters into the deep where it can remain for hundreds or thousands of years. That carbon-sucking superpower helps regulate global climate and provides food for billions of marine organisms—but it has limits. As CO2 emissions in the atmosphere continue to rise, scientists need to get a better handle on exactly how much carbon sinks to the sea floor, how long it stays there, and how ocean acidification and warming affect that carbon storage capacity. These findings will help policymakers put a value on ocean conservation, and will help researchers make more accurate predictions about our future climate.

One of the central missions of the OTZ Project is to better understand how carbon moves from the surface into the deep ocean, and how animals from the mid-ocean twilight zone aid in that transport. The ability of these animals to move carbon, also called the “biological carbon pump” is fueled by phytoplankton, tiny plant-like organisms that bloom on the ocean surface and take up CO2 through photosynthesis. Just like plants on land, phytoplankton form the base of the food chain: as zooplankton like krill gather to feed on those organisms, they in turn summon larger twilight zone animals to a feeding frenzy at the surface each night. As the zooplankton die or are eaten by larger organisms, their carbon-rich fragments and fecal matter sink deeper into the ocean, where they’re eventually buried in seafloor sediments. These tiny particles, called “marine snow,” play a huge role in reducing atmospheric carbon dioxide and regulating the global climate.

Postdoctoral scholar, Wokil Bam of Café Thorium Lab, stands tall next to a large bottom tethered trap on the stern of R/V Neil Armstrong. The trap will collect falling organic materials in the twilight zone to better understand how this layer helps the ocean sequester atmospheric carbon. Photo by Danny Hentz, © WHOI

“The twilight zone is the gateway for carbon storage in the deep sea, but only 10% of carbon eventually ends up on the bottom,” says WHOI marine chemist Ken Buesseler, a member of the OTZ science team. “We want to better understand the linkages between the biology of the twilight zone and the chemical fluctuations of carbon that take place in its waters. How does the loss of carbon relate to the types of animals that are there? How does it relate to their feeding habits?”

To chip away at these (and other) burning questions, OTZ Project researchers pulled out all the stops on their most recent mission off the coast of New England. After deploying their entire arsenal of scientific instruments from two research vessels, they’ve collected more data than any previous OTZ research cruise. With this information, the researchers will piece together a snapshot of summertime conditions in the Northwest Atlantic. When compared to the continuous background information supplied by Twilight Zone Observation Network moorings, this data will give them deep insight into the inner workings of the twilight zone. 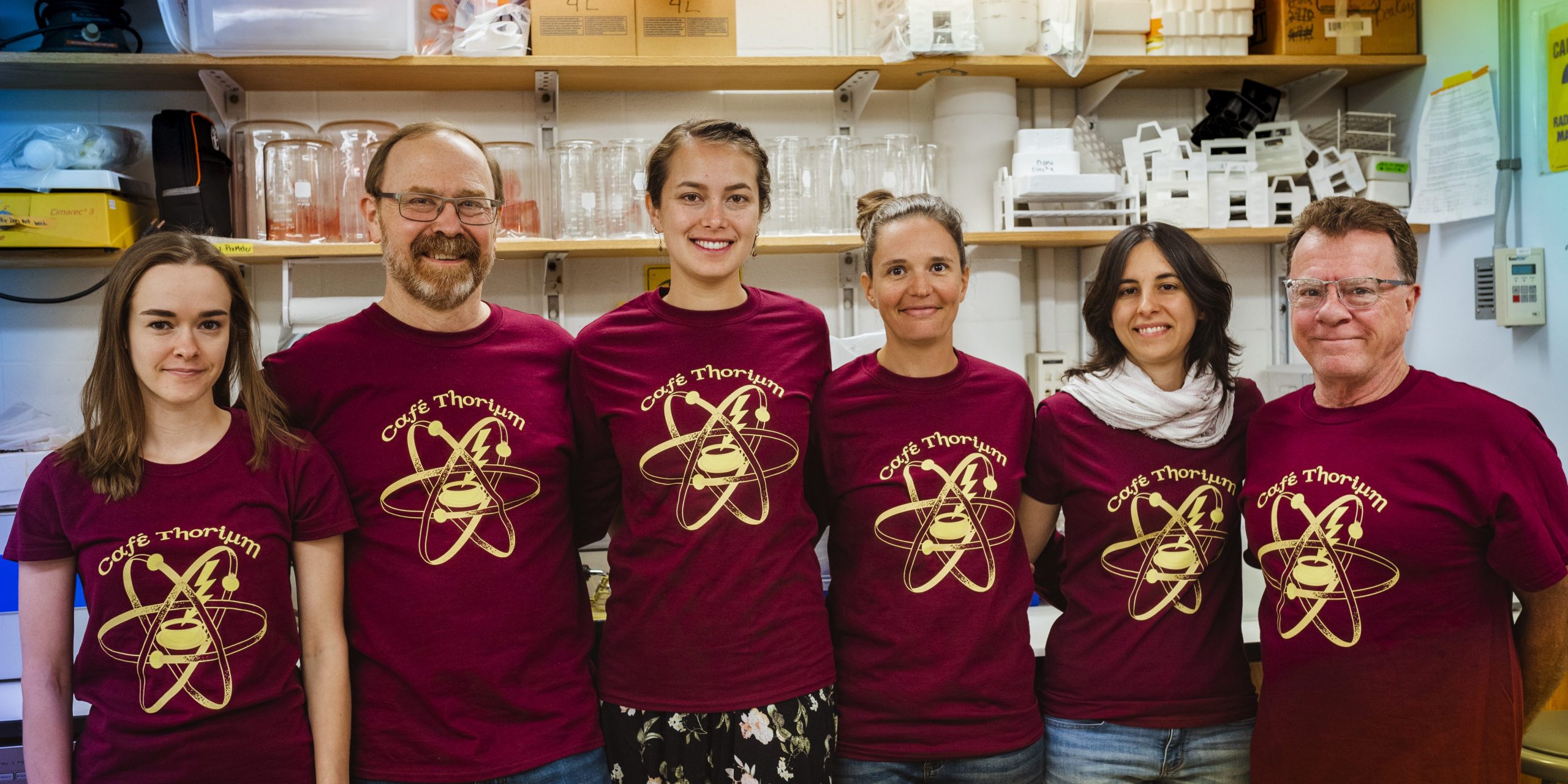 Five members of Buesseler’s lab—which he calls “Café Thorium”—were on board R/V Endeavor in August 2022, and each of them held a common goal of understanding the sources, quantity and quality of marine snow. Post-doc Wokil Bam set out drifting sediment traps for days at a time, collecting tiny sinking particles at specific depths above and below the sunlit zone.  MIT-WHOI joint program student Samantha Clevenger and research specialist Steve Pike collected water samples using battery-powered pumps that filter water at specific depths. By measuring the amount of thorium isotopes at each depth, Clevenger can calculate how much carbon is sinking.

At the same time, post-doc Clarissa Karthauser painstakingly sorted out single marine snow particles to learn more about how quickly their organic contents break down. By analyzing genetic material within those particles, Karthauser can tell what animals are producing them in the first place—or, as Buesseler puts it, “who is pooping and who is eating who.”

Photo by Jennie Berglund for the Woods Hole Oceanographic Institution.

A sample collected in 1977 shows a rare intact fecal pellet, most likely from a fish. A pellet like this would likely sink very quickly, carrying carbon with it.

Another member of Buesseler’s team, post-doc Elena Ceballos Romero, focused on using the Twilight Zone Explorer (TZEx II), an autonomous vehicle designed to capture and photograph marine snow particles using a high-definition underwater vision profiler (UVP) camera. The deployment was one of the first times that the team has used TZEx II in the field, but this  “wet test” provided valuable engineering data for WHOI research engineer Kaitlyn Tradd to improve the instrument’s future performance.

Back in the lab, the team will compare samples and images from TZEx II to similar imagery from MINIONs (MINiature IsOpycNal floats), small inexpensive devices set adrift in the ocean currents. As they sink into the twilight zone, MINIONs take timelapse pictures of falling carbon particles, and collect pressure, temperature, and oxygen data. So far, only a handful of these floats have been deployed simultaneously during a cruise, but ultimately, the team’s plan is to send dozens of them out at once to capture what’s happening across a particular volume of seawater. At the moment, each MINION float is tracked and later retrieved by a research vessel, but Melissa Omand—an oceanographer at the University of Rhode Island who developed the devices—has plans for future versions that will send information back to scientists via a satellite connection, ensuring that the team can successfully collect data from each MINION even if the device itself is lost.

A technician lowers a MINION float over the side of the aft deck of the R/V Neil Armstrong in 2019.

Although Buesseler anticipates it will take years to thoroughly analyze the data from all these sources, he and his colleagues have already discerned active “carbon recycling hotspots” within the twilight zone by comparing acoustic signals, water samples, images of zooplankton, and nets full of sediment and fecal matter.

“Once you get past the upper 100 meters of the twilight zone, we see a big loss of marine snow, but around 300 meters below that, there’s another active layer with more particles. The fact that it’s disappearing from the upper layer means someone’s eating it, which makes sense, because it’s the freshest, most juicy stuff,” Buesseler says.

As those animals eat, he adds, they also poop, which sends an additional wave of marine snow further down into the twilight zone at 300 meters—providing a major source of food for animals in deeper waters, he says. “Mother Nature is very efficient—you put food out and animals will come eat it and grow.”