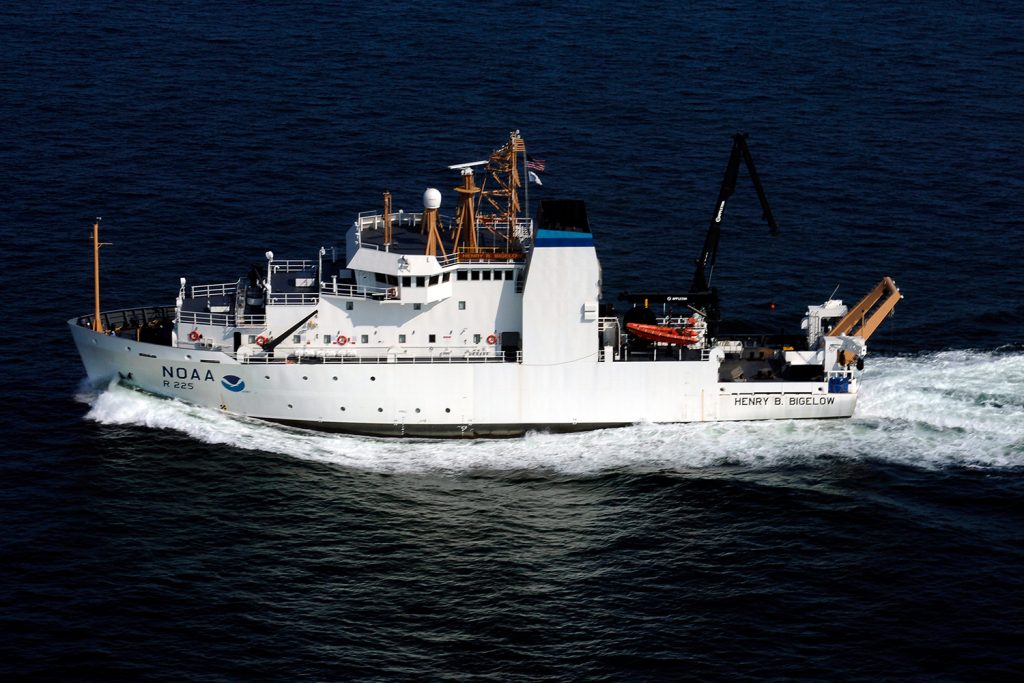 On July 25, scientists embarked on the 2019 Ocean Twilight Zone expedition aboard NOAA Ship  Henry B. Bigelow. A team made up of WHOI and NOAA Fisheries researchers departed Newport, R.I., Thursday morning and headed south towards the edge of the continental shelf. This will be the first full scientific mission into the ocean twilight zone for the towed underwater vehicle, Deep-See.

Deep-See was developed to give scientists a close-up view of the vast, remote, and often overlooked part of the ocean 660 to 3,300 feet (200 to 1,000 meters) beneath the surface. Scientists currently have a wide range of tools and methods to explore these mid-water depths, each with limitations that Deep-See attempts to overcome.

Ship-mounted acoustic sonars detect masses of animals that reflect sound, but scientists often can’t distinguish individual species. Nets bring back some animals intact, but many, especially the more gelatinous organisms, are destroyed in the process, and nets miss those creatures that are very small or fast enough to avoid capture. Cameras aren’t effective at capturing images of animals that are sparsely distributed, moving, and often small or transparent. Deep-See combines several monitoring and sampling systems into a single large package and puts these tools directly into the twilight zone where they can be more effective. 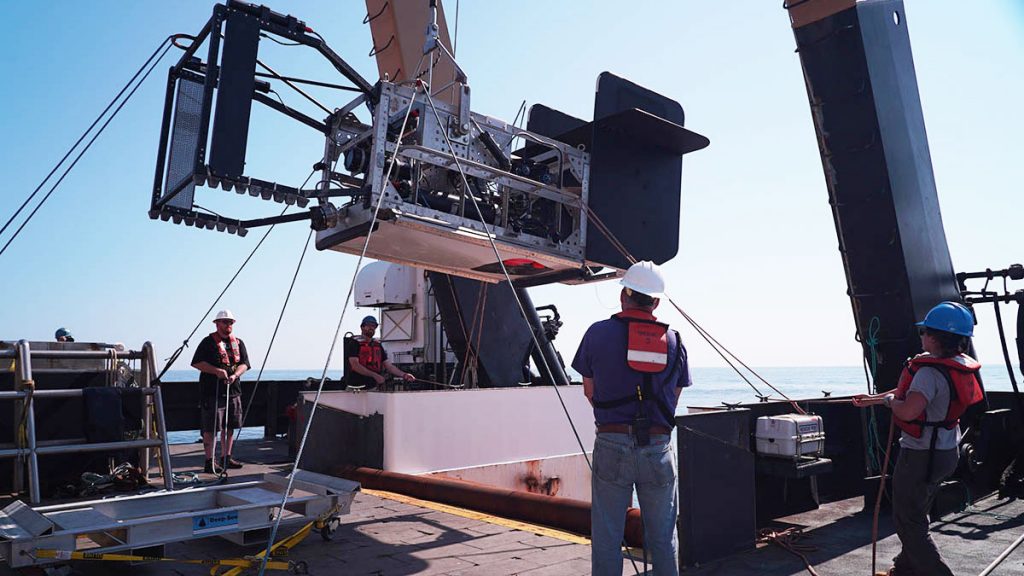 Deep-See heads for its first dive into the twilight zone on its 2019 cruise aboard the NOAA Ship Henry B. Bigelow (Photo by Erik Olsen)

It weighs 2,500 pounds (1,250 kilograms), about the same as a small car, and is about 16 feet (5 meters) long. During a mission, Deep-See receives power and control signals from the surface as a ship tows it through the water from the end of a cable that contains copper wires and optical fibers. At the same time, it returns data in real time to scientists on board the ship.

The earliest hints at the sheer abundance of life in the twilight zone came from U.S. Navy sonars, which revealed what appeared to be a “false bottom” hovering above the seafloor. This turned out to be a mass of life so far-reaching and so dense that it reflected enough sound to make it appear to be the bottom of the ocean, but with a surprising difference—it moved, shallower at night and deep during the day. This daily migration, the largest on Earth, brings countless organisms towards the surface at night to feed and then back down to the relative safety of darkness during the day. But ship-mounted sonars could not measure the full extent of this living layer in the ocean.

Now scientists want to know which species migrate, which do not, and why. They also want to know what lives deeper and what is the relationship between species at different depths. These questions come in addition to the most basic questions about the twilight zone that initially lured many of them: Who lives there? In what numbers? Who eats whom? 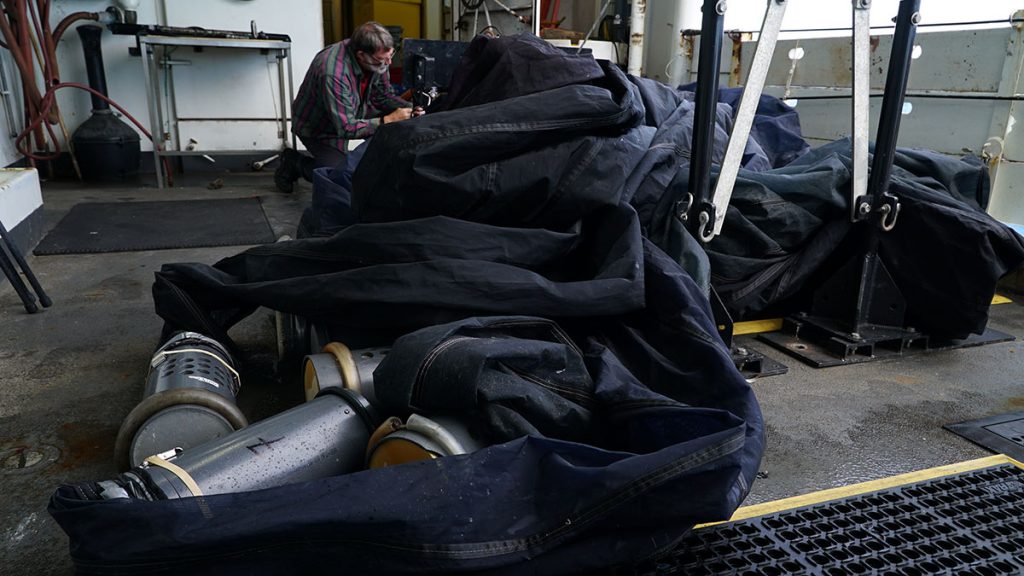 In addition to deploying Deep-See’s high-tech eyes (and ears) into the twilight zone to help answer these and many other questions, the combined WHOI-NOAA team will also use a MOCNESS (multiple opening/closing net and environmental sampling system) and a trawl net to bring twilight zone animals to the surface. They will also employ a relatively new technique to collect environmental DNA (eDNA) from the net samples and from the water for analysis back on shore. These will allow researchers to identify the genetic fingerprint of animals, even if the organisms themselves are not present.

One thing remains the same from last year, however: The team expects to collect tremendous amounts of data and to gather amazing new information and imagery to help reveal a little more about this mysterious part of our planet.