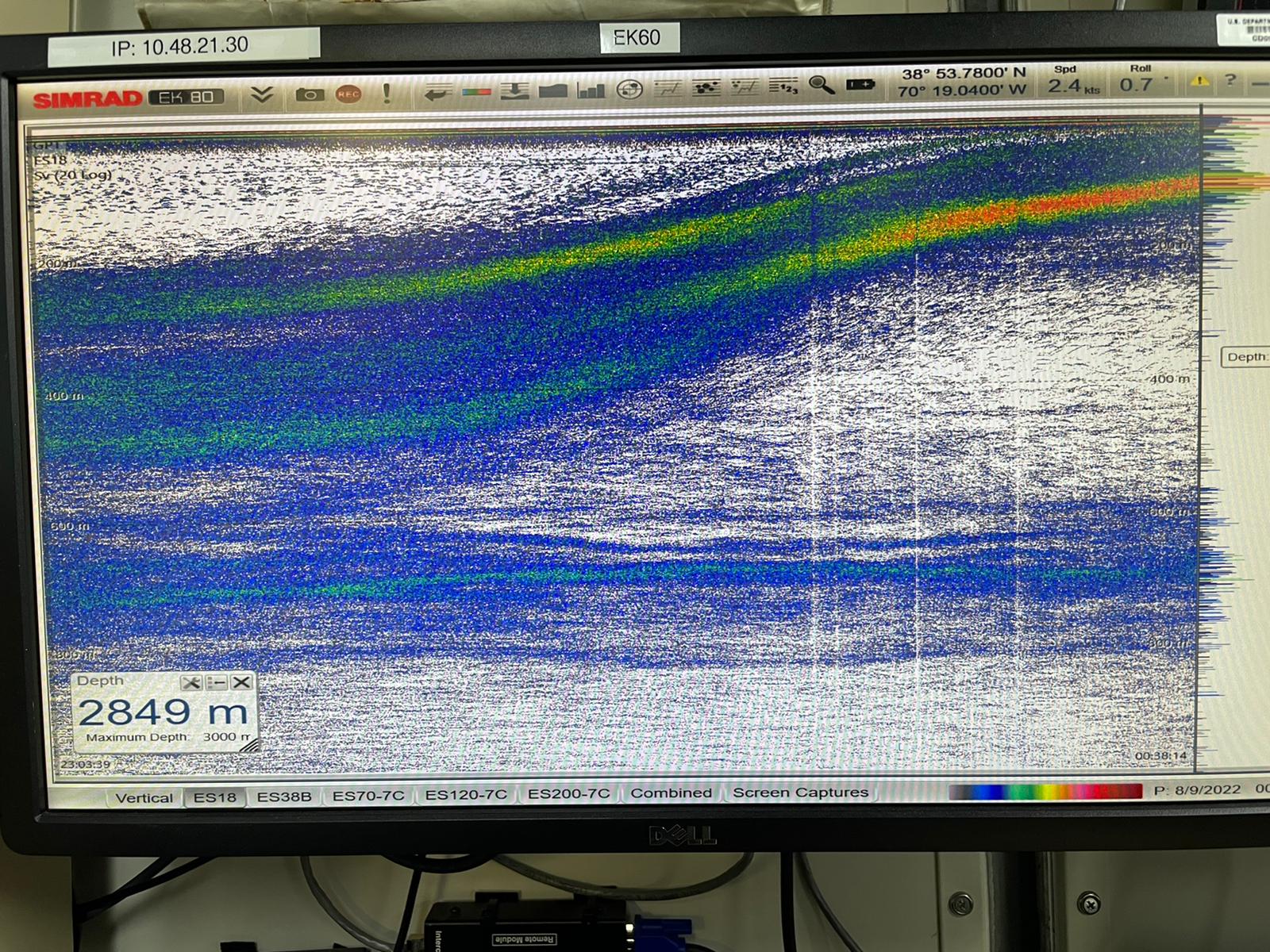 The echogram from aboard the NOAA ship Bigelow shows a distinct three-layer migration of creatures coming from twilight zone depths to the surface. By "tuning in" to a range of broadband frequencies, scientists can determine the types of animals that are creating the acoustic signal. (Photo by Zhaozhong Zhu © Woods Hole Oceanographic Institution)

While deployments of sampling equipment from the NOAAS Bigelow are on hold until the faulty winch can be repaired, scientific operations and engineering solutions are in full swing on both research vessels participating in this cruise.

Scientists on the Bigelow took shifts analyzing the acoustics data coming in on the ship’s echosounder, which is basically a more powerful version of the fish-finders commonly used on fishing boats. The scientists relayed their findings over WhatsApp to the R/V Endeavor science team to help them gauge where and when to deploy their equipment. 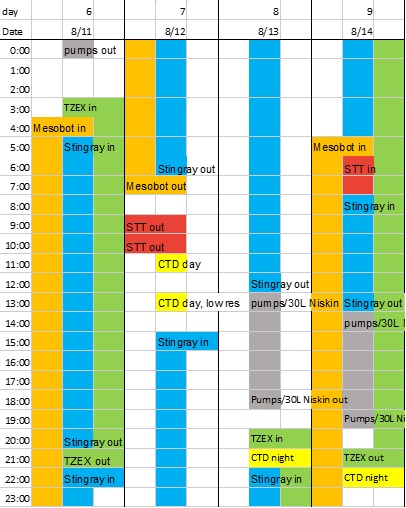 A round-the-clock schedule of instrument and vehicle deployments from the R/V Endeavor over the next few days. (Screengrab courtesy of Heidi Sosik)

The Endeavor team had their own share of drama, as Mesobot stopped responding while the ship was retrieving the TZEX, which had gotten swept over 20 miles away by a current. As they steamed back to Mesobot’s estimated position, the robotic vehicle’s satellite beacon stopped responding. After some tense waiting, the Mesobot team finally heard a “beep” from its RDF (Radio Directional Finder) beacon, indicating that the vehicle was near the surface. The team was able to get a bearing on its location and recovered Mesobot about two hours after losing contact, to great fanfare from personnel aboard both ships.

“Those raspy RDF hits never sounded better,” said WHOI engineer Dana Yoerger. “To paraphrase Daniel Boone, Mesobot was never lost. But we were ‘a might bewildered.’” 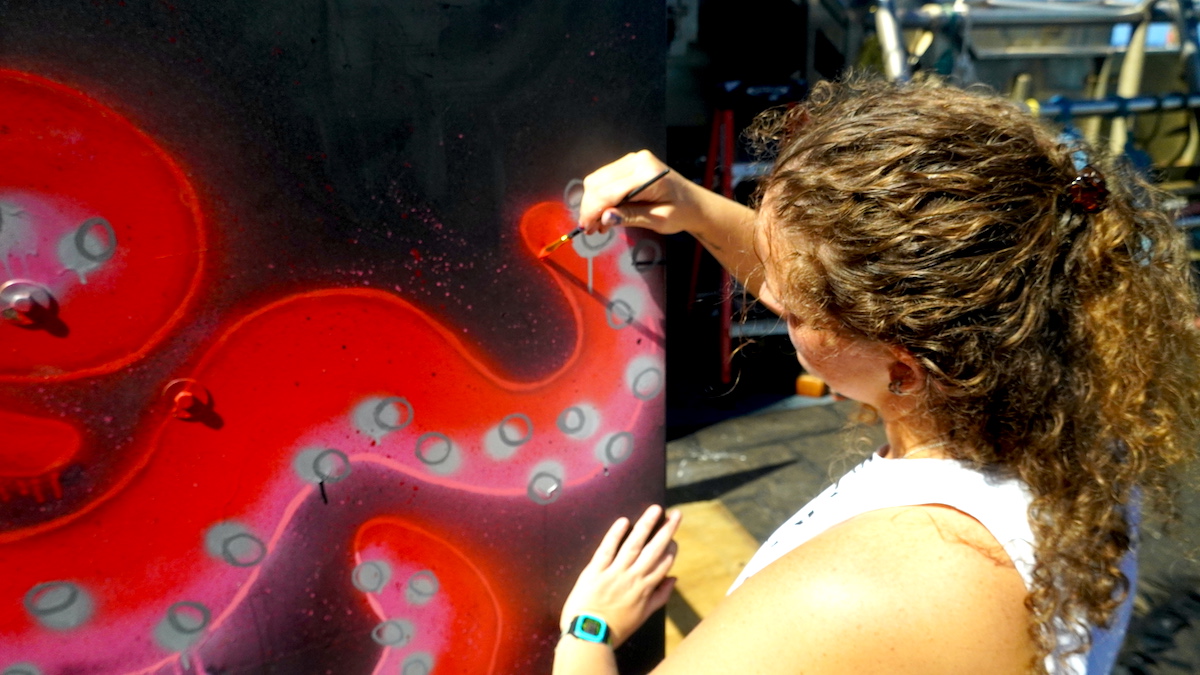 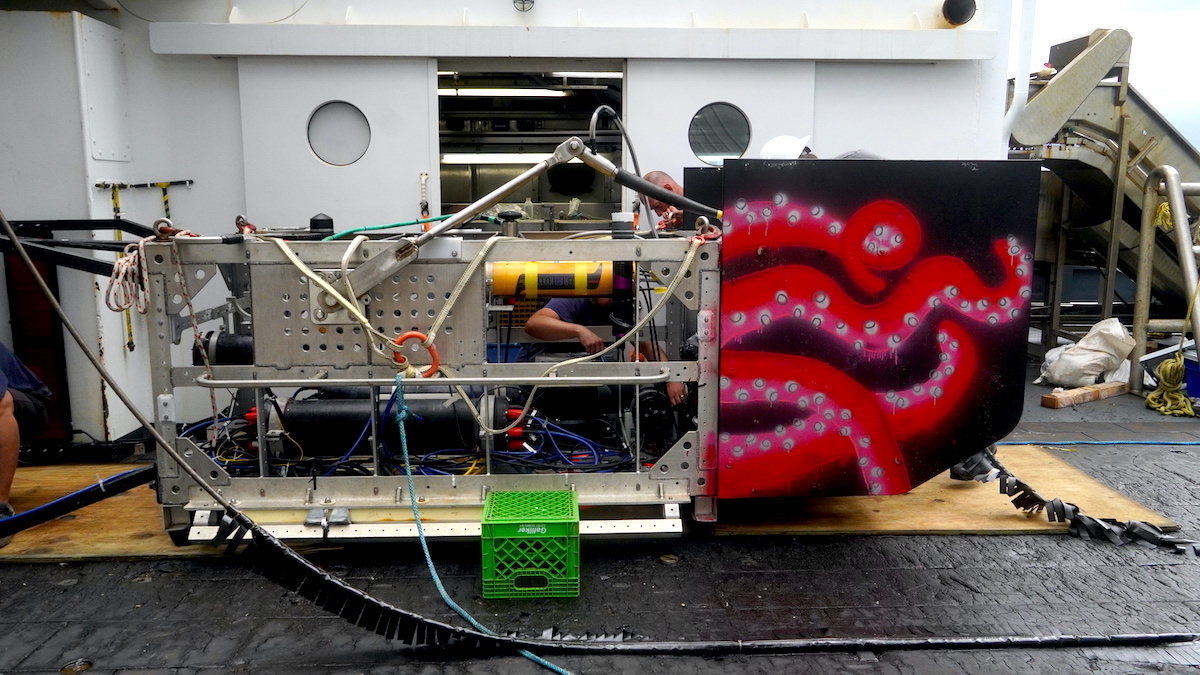 Back on board the R/V Bigelow, the science team got creative with their unexpected free time. WHOI research assistants Kayla Gardner and Julia Cox joined University of Tasmania student Katy Baker in giving the Deep-See a makeover, painting strawberry squid tentacles on its side. Meanwhile, WHOI biologist Joel Llopiz and his team rigged up one of the MOCNESS nets to the midwater trawl in the hopes of getting crucial samples from the twilight zone. The net was deployed for three hours, and came up with a vast array of shrimp, viperfish, helmet jellyfish, a large Atolla jellyfish, and many bristlemouths (which are, after all, the most abundant fish in the ocean).

“The most exciting thing was getting a net in the water, and everything going to plan,” commented Kayla. 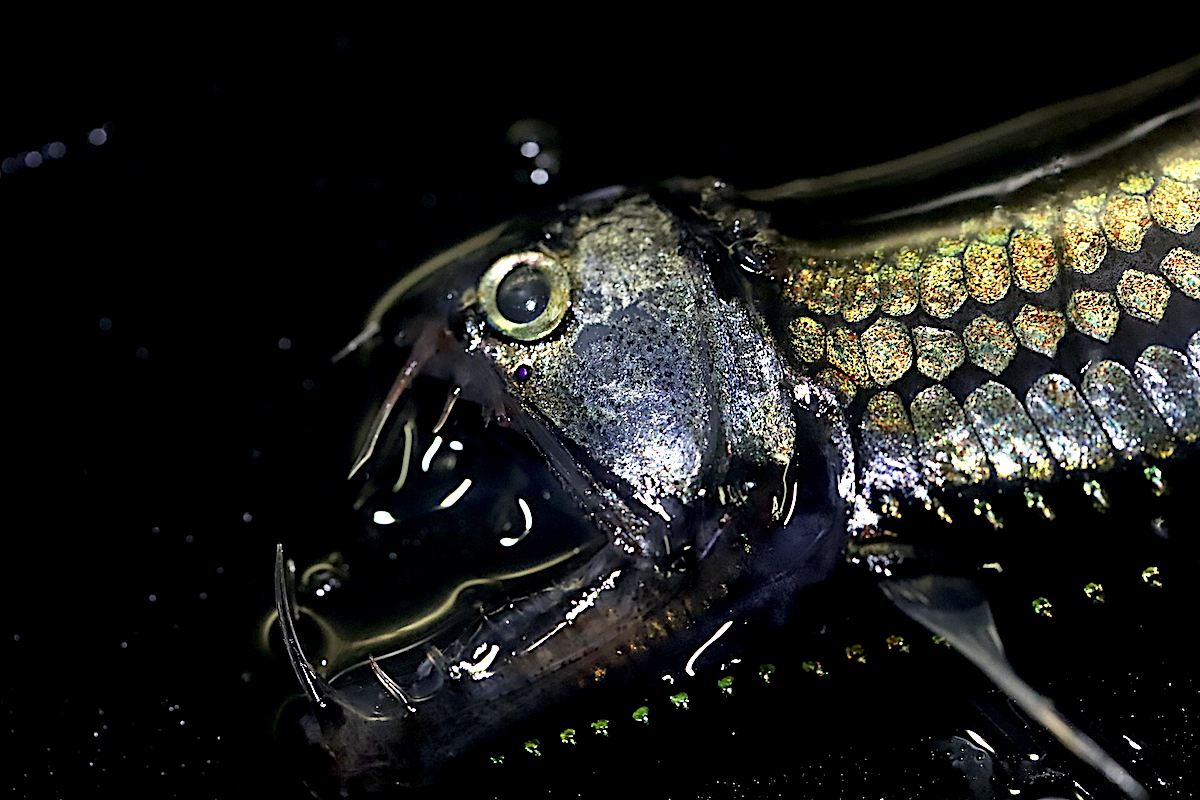 A viperfish, a common name for species in the genus Chauliodus. The viperfish’s ventral sides are covered in tiny spots called photophores, which allow them to camouflage themselves in the murky light that penetrates the Ocean Twilight Zone. (Photo by Andrea Vale © Woods Hole Oceanographic Institution)

Kayla is sampling muscle tissue from the specimens for compound-specific stable isotope analysis (CSIA), which can track where carbon is moving as it goes through the food chain. This analysis can reveal which animals are eating each other, where they are in the twilight zone’s food web, and where the carbon in their bodies ultimately goes. This feeds into the overall investigation of carbon transport that’s at the core of this multi-vessel research cruise.