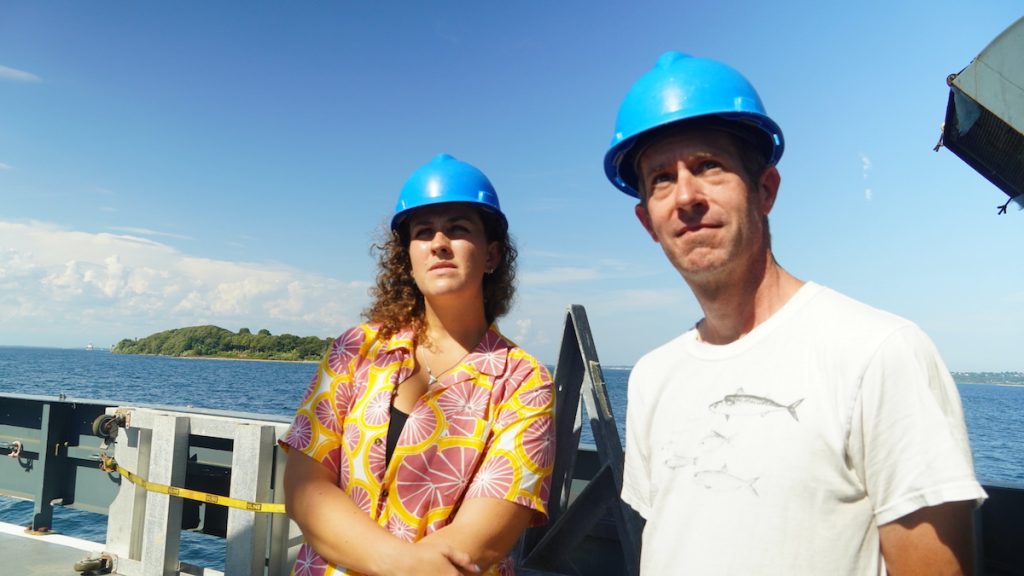 Joel Llopiz and Kayla Gardner look on as the MOCNESS tow net is deployed. The MOCNESS can deploy up to 20 nets at a time and opening and shutting independently, allowing scientists to be precise in which areas they sample. (Photo by Andrea Vale © Woods Hole Oceanographic Institution) 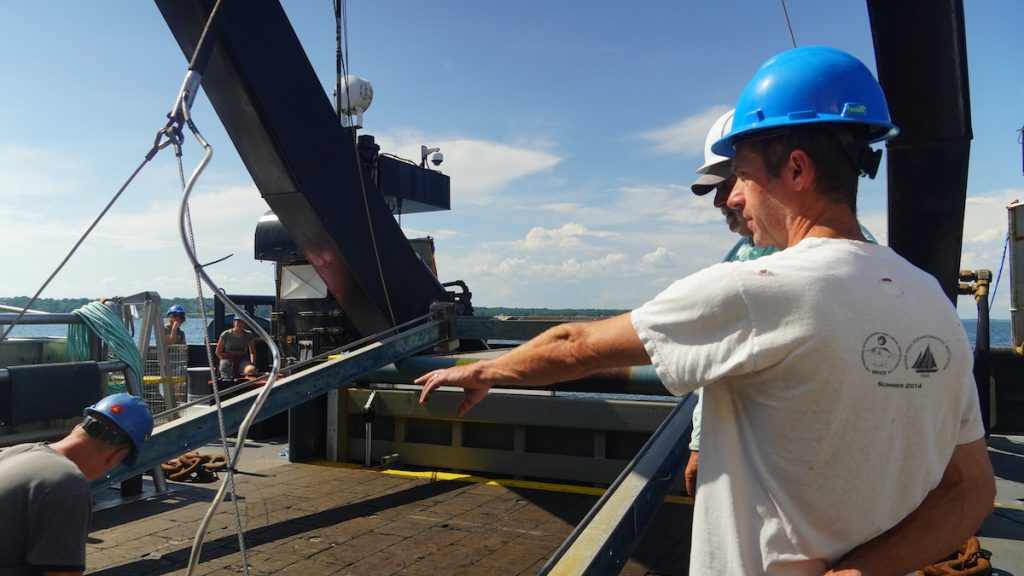 Joel Llopiz directs engineers as they maneuver the MOCNESS, or the Multiple Opening and Closing Net with an Environmental Sensing System. (Photo by Andrea Vale © Woods Hole Oceanographic Institution) 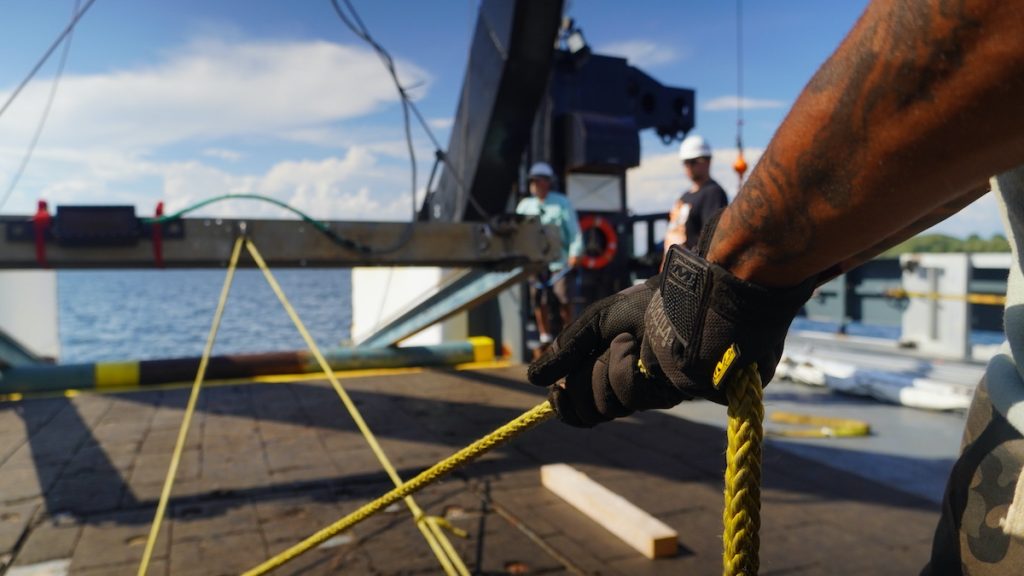 A crew member holds tight as the MOCNESS is deployed for the first time. When plunging this sophisticated piece of equipment into the deep ocean, scientists and engineers must take care to ensure that balance, precision, and support are failsafe. (Photo by Andrea Vale © Woods Hole Oceanographic Institution) 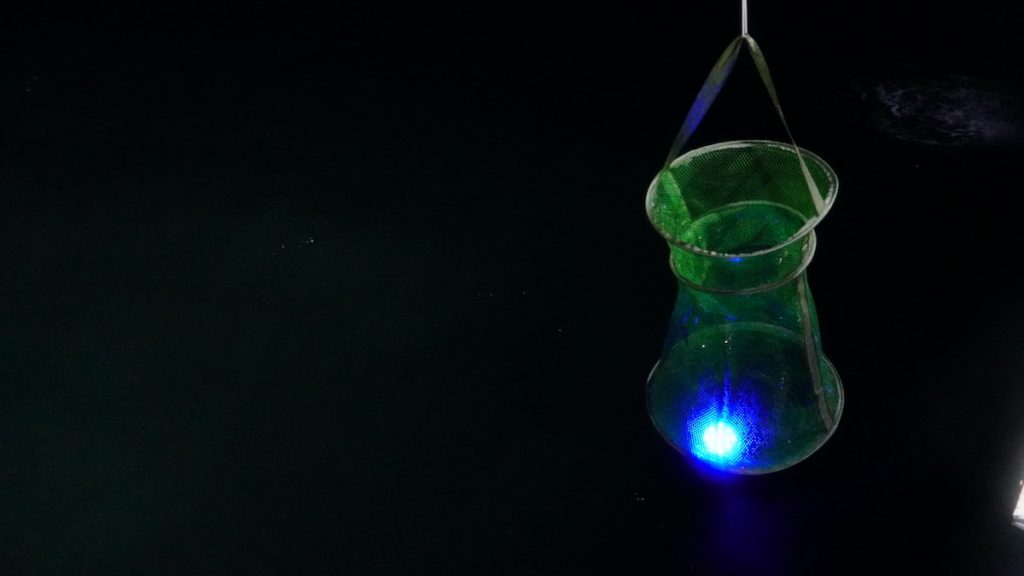 A blue light glows at the bottom of a net as it’s tossed into the Atlantic at night. Because some fish species are too delicate to survive capture in the MOCNESS tow net or a trawl net, science personnel are experimenting with alternative catch and release strategies to test the respiratory systems of mid-ocean creatures. (Photo by Andrea Vale © Woods Hole Oceanographic Institution)

After hitting the high seas yesterday, we headed right back to Newport today to pick up personnel who weren’t able to join yesterday. Notably, they had to be brought out to sea in small boats to climb onto the R/V Bigelow.

We also had our first safety drill today, which involved gathering at the stern in our designated drill groups and trying on our “gumby suits,” head-to-toe wetsuits that include shoes, gloves, and hoods. In our bright orange and red safety gear, we looked a bit like sea creatures from the deep.

The rest of the day was focused on technical engineering–specifically, test deployment of the Multiple Opening and Closing Net with an Environmental Sensing System, better known as the MOCNESS tow net.

The team used a winch to practice lifting the large metal frame up, sliding it into the ocean and retrieving it. At first, a lot of care was taken to make sure that lifting the structure wouldn’t tangle wires, and that the winch could properly support the structure. The test deployment was repeated many times, and ultimately was quite successful.

The eDNA sampler, which attaches to the Deep See, was also successfully tested.

A few researchers tested out nets to catch fish over the side of the boat at night. Many fish struggle to survive when caught in trawl nets, and the scientists need live fish to test their respiration. So they experimented with alternatives: to lure the fish to the nets, they put brightly colored lights at the bottom, dubbing it a “fish rave.” Only one small fish was caught, unfortunately, and died almost immediately.