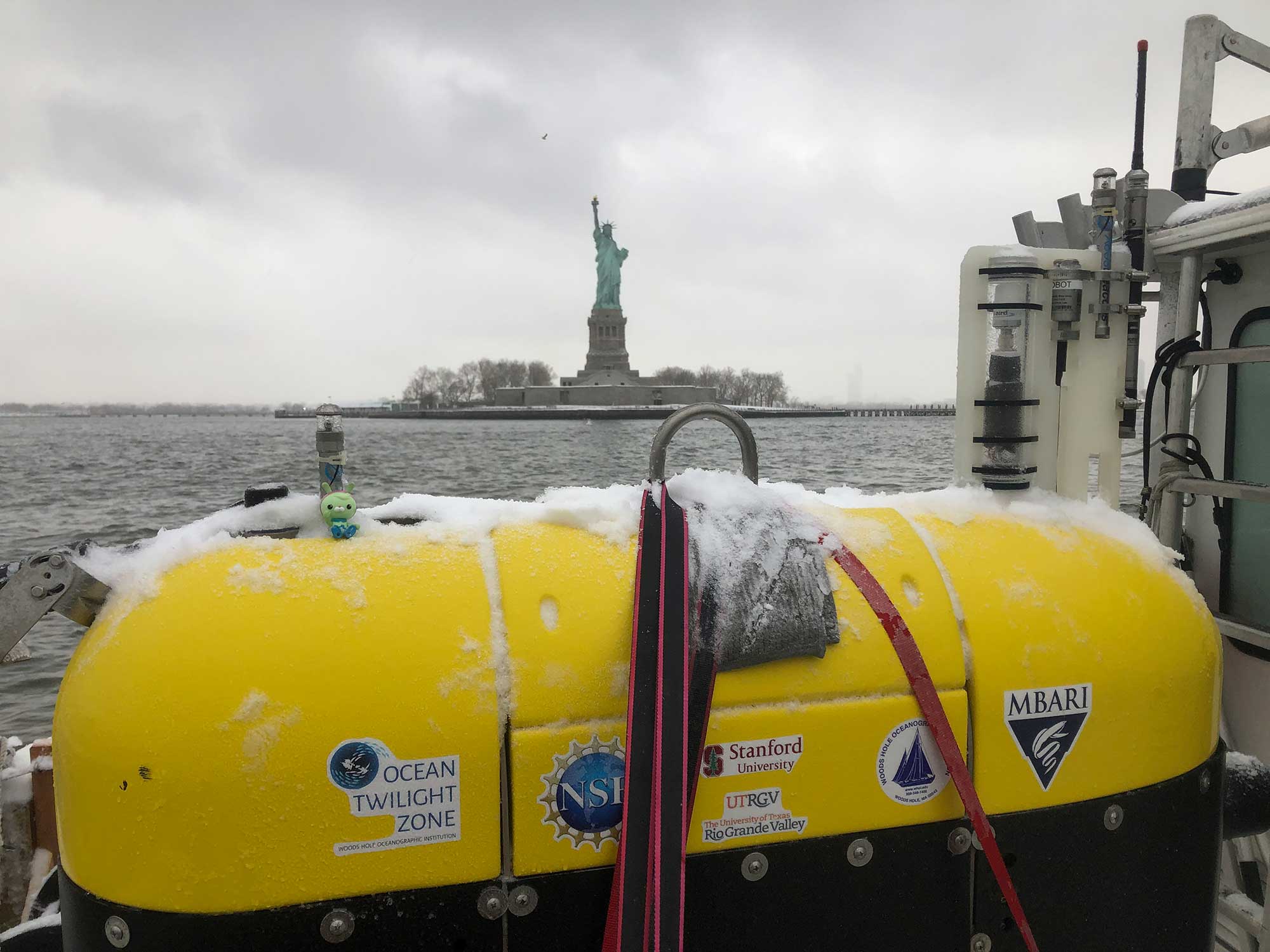 The R/V Catapult passes the Statue of Liberty on its way to Elizabeth, New Jersey, with the snow-covered Mesobot stowed safely on its deck. Once the vehicles reach their destination, they'll be hoisted aboard a larger shipping vessel and carried to Bermuda.

So long, New England winter—Mesobot is finally heading on its long-awaited trip to balmy Bermuda, where OTZ team members will conduct a month of shore-based operations to test new robotic vehicles and sensors.

The autonomous vehicle left Woods Hole this past Thursday aboard the R/V Catapult, a 35-foot research vessel that will serve a test platform during the trip. Once the ship reaches its next stop in Elizabeth, New Jersey, both Catapult and Mesobot will be loaded onto a larger cargo vessel headed for the island nation.

Shore-based work represents a new and innovative approach for twilight zone research in the Covid-19 era. Because of pandemic-related precautions, cruise time is scarce and bunks are in short supply—so Instead of spending weeks aboard a large vessel like the R/V Neil Armstrong, the OTZ team will take a number of day trips from Bermuda's coast. Just offshore, the ocean floor drops away dramatically, making it possible to reach deep water in a matter of hours.

When it comes to sea trials like these, shore-based operations may actually be more useful than traditional ship time, says Mesobot designer and lead engineer Dana Yoerger.

"On a cruise, you usually only have a few days to dive, so you have to test a lot of new systems at once and hope they work. It's kind of a Hail Mary every time you put something in the water. But in Bermuda, we can go out for day, do our testing, and then come home at night to tweak the robotic vehicles or install upgrades," he says.

On this expedition, the team will be based at Station B, a new rapid development center for ocean technology that recently opened in Bermuda. Once there, they'll conduct extensive deep water tests using Mesobot and a set of new highly-sensitive radiometers. They'll also deploy the Twilight Zone Explorer (TZEx) an instrument that can record the movement of carbon-rich debris called "marine snow" as it sinks through the twilight zone.

Be sure to check back on our website for more updates, photos, and field dispatches as the mission continues! 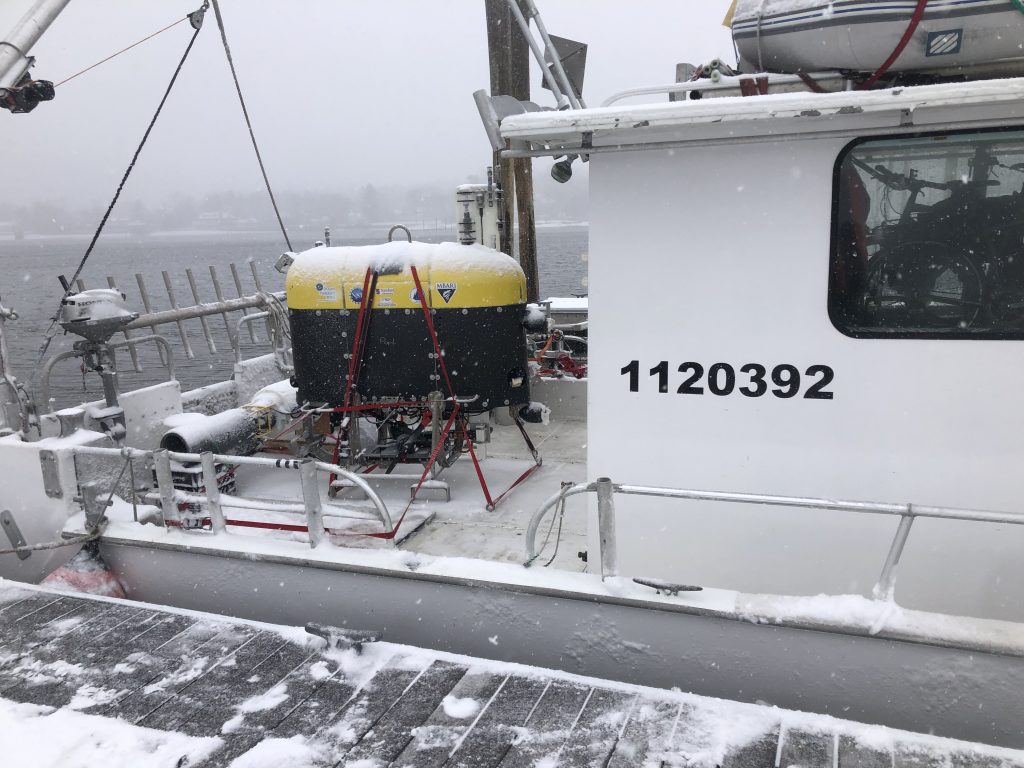 Mesobot, the OTZ team's autonomous underwater vehicle, rests on the deck of the 35-foot R/V Catapult in Woods Hole. It will soon leave the icy northeast for the white and pink sands of Bermuda. 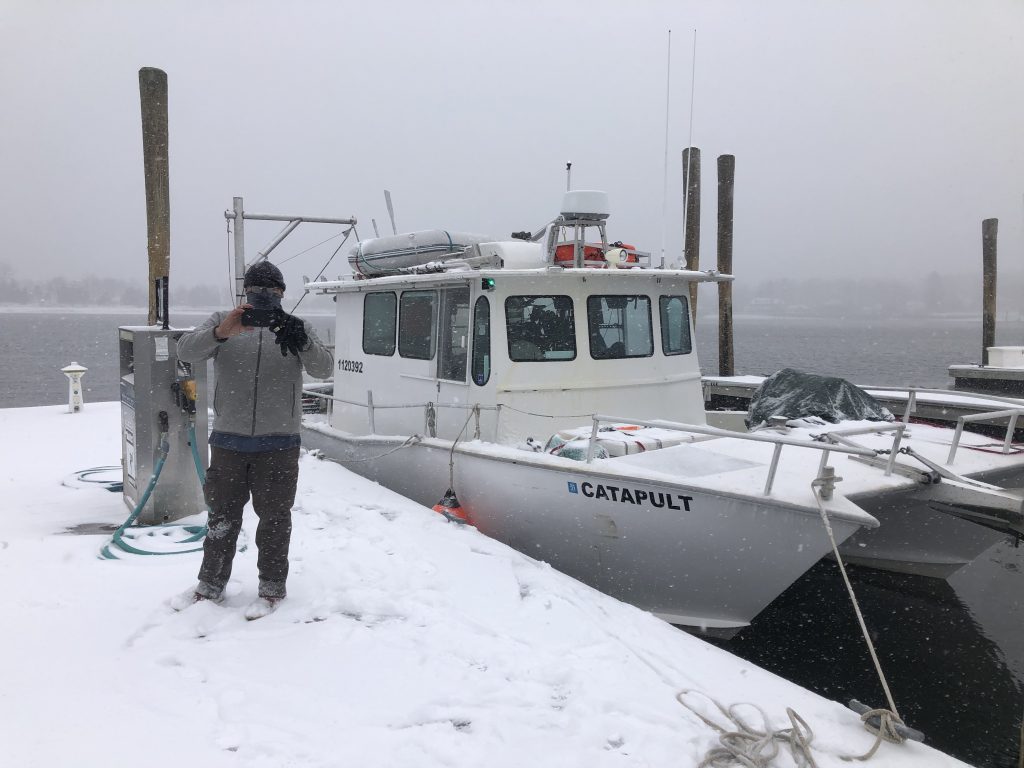 The R/V Catapult, a 35-foot catamaran that the OTZ team will use for shore operations in Bermuda, sits at the dock in Woods Hole before setting sail into gently falling snow. 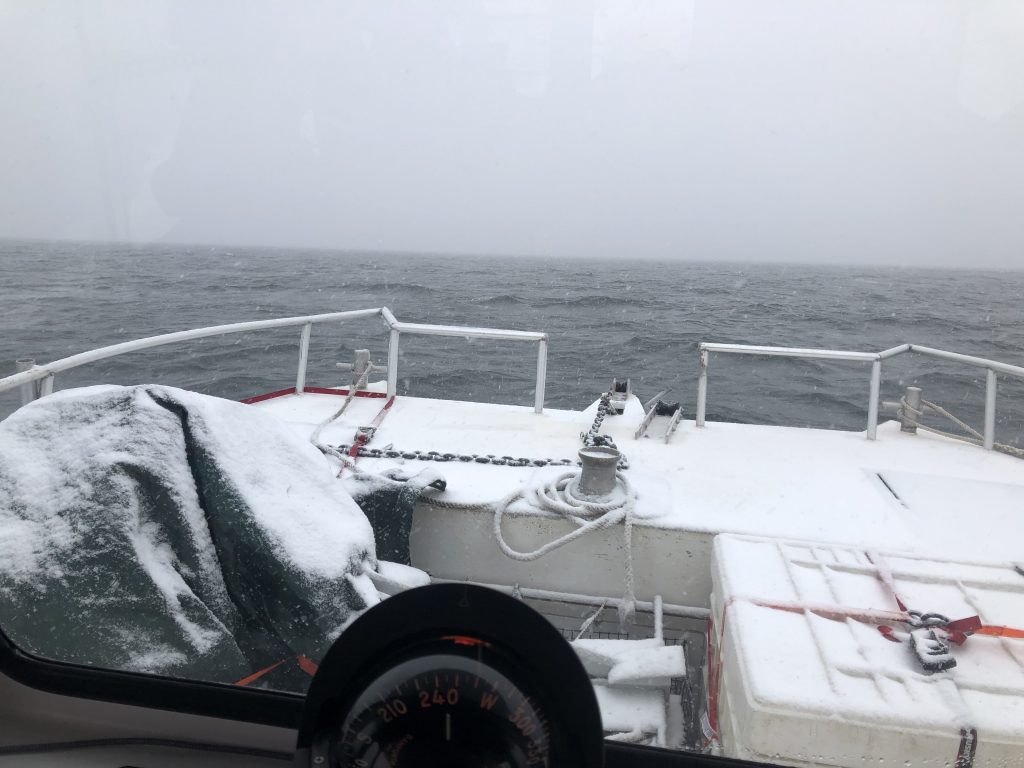 Dusted with snow from an approaching winter storm, the R/V Catapult motors into into Buzzards Bay with Mesobot stowed safely aboard. 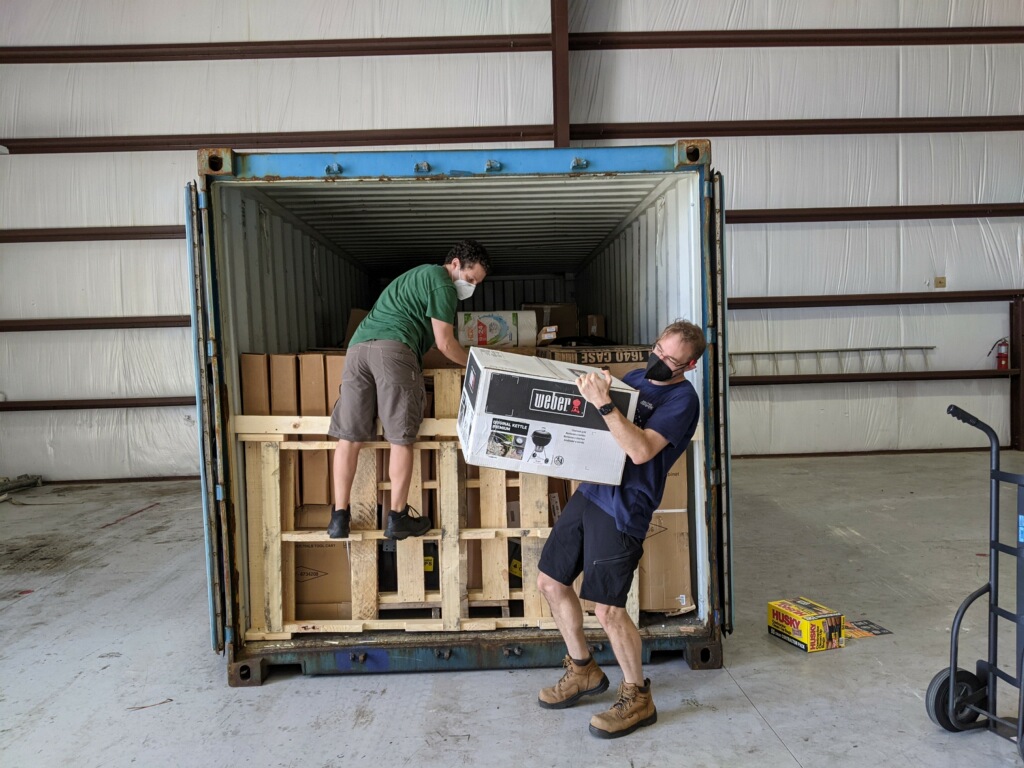 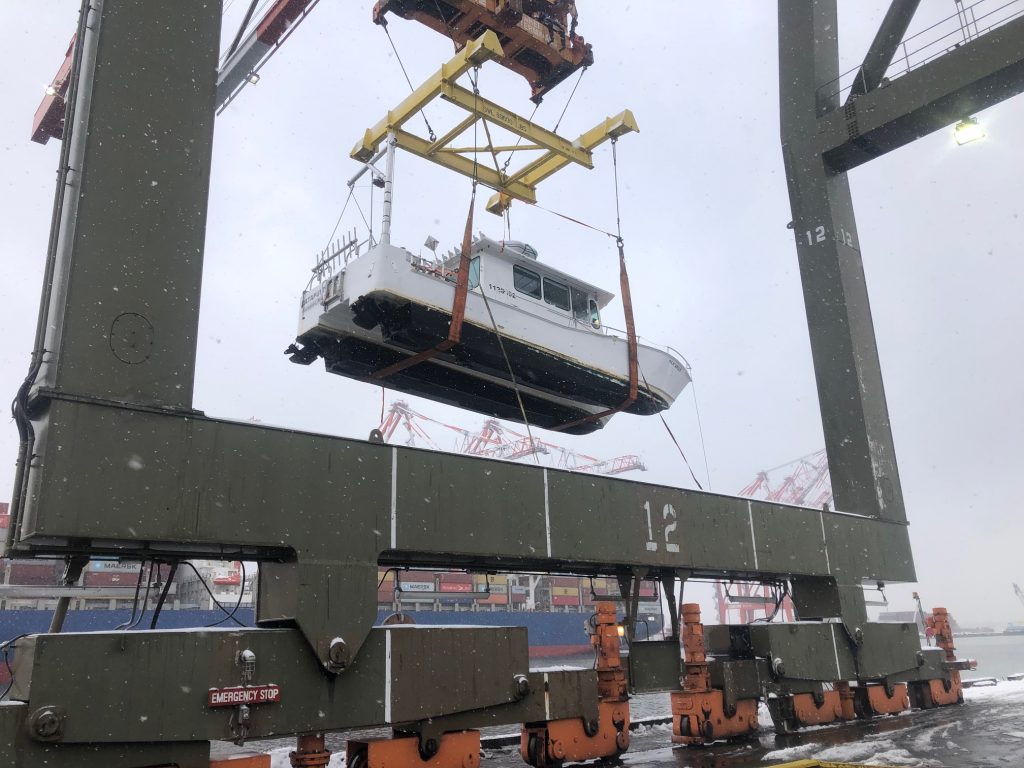 After a snowy transit from Woods Hole, the R/V Catapult (with Mesobot aboard) is hoisted aboard the container ship Oleander for the trip to Bermuda. (Photo courtesy of MITech) 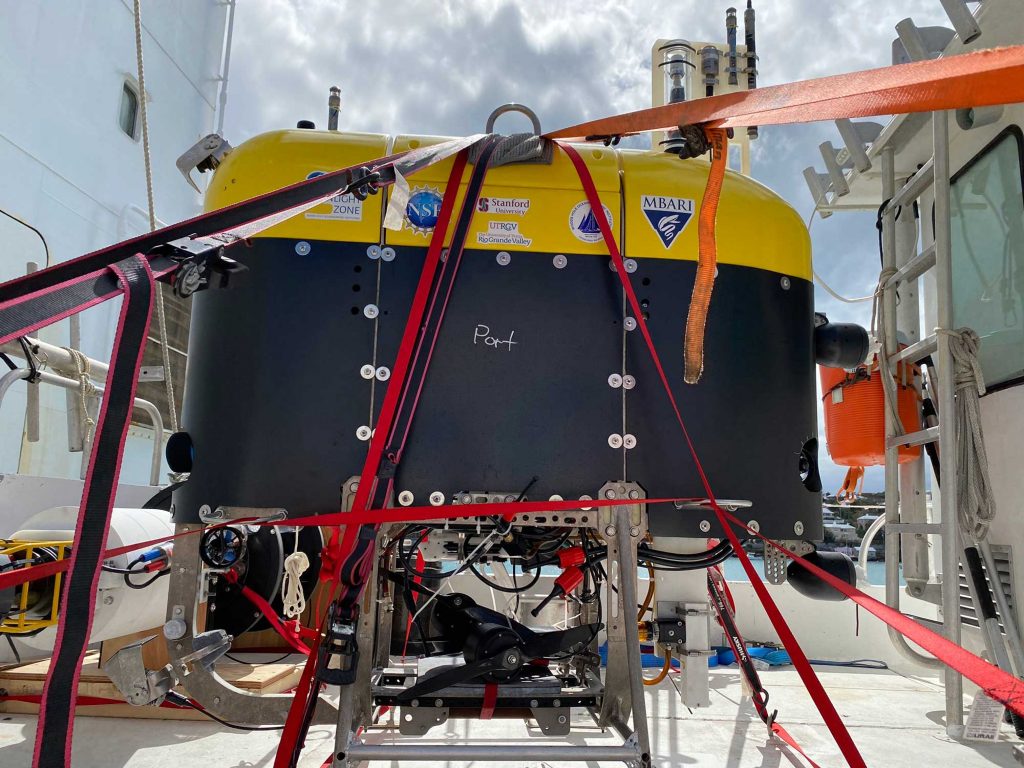 AUV Mesobot securely lashed to the deck of R/V Catapult for the trip to Bermuda. (Photo courtesy of MITech) 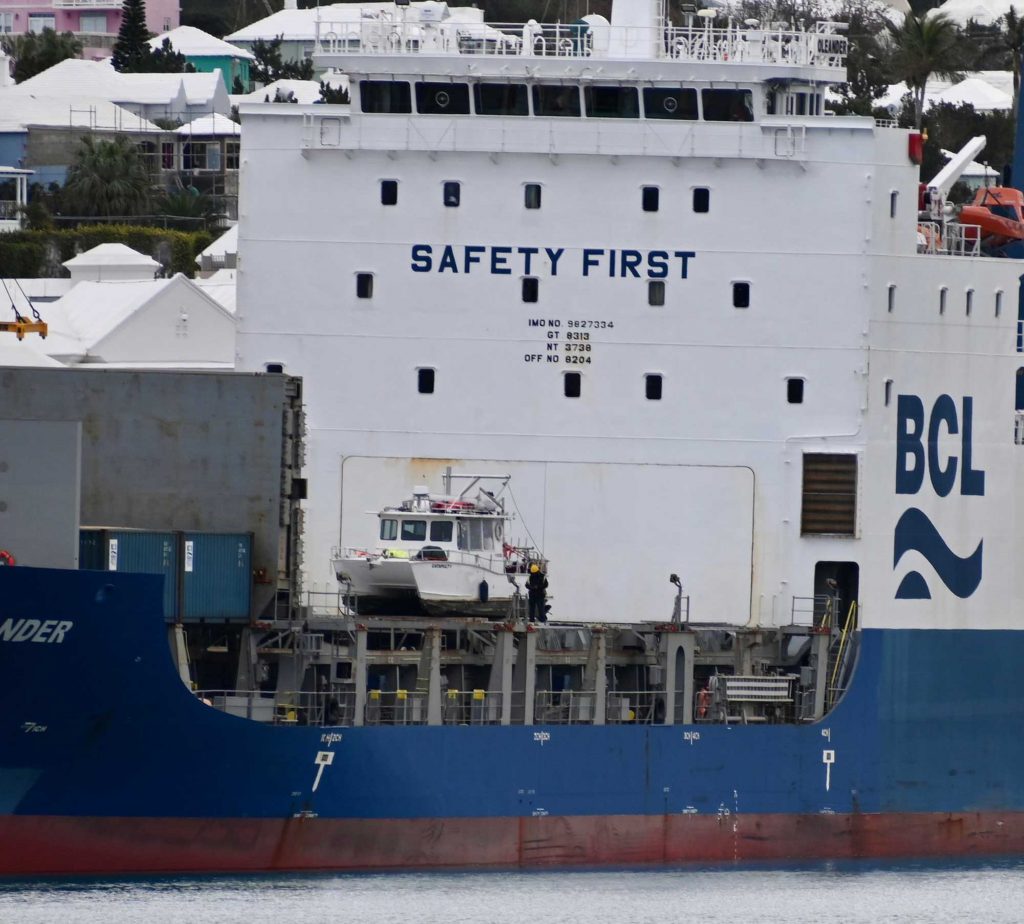 R/V Catapult sails into Bermuda on board the cargo ship Oleander. (Photo courtesy of MITech) 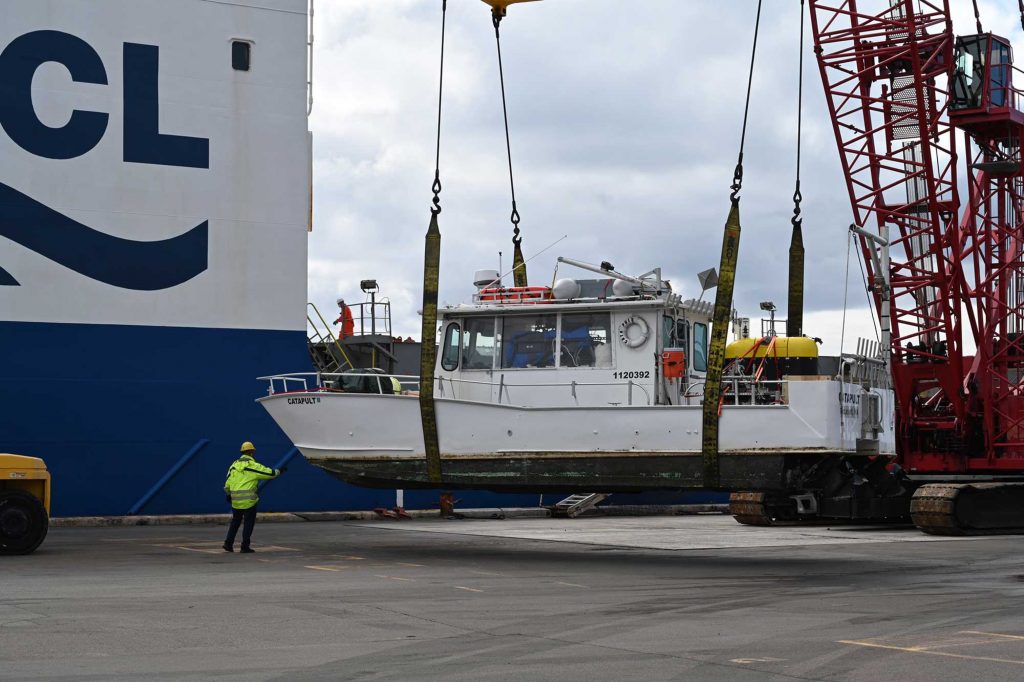 R/V Catapult (with Mesobot lashed to the deck) is offloaded from the cargo ship Oleander after arriving in Bermuda. (Photo courtesy of MITech) 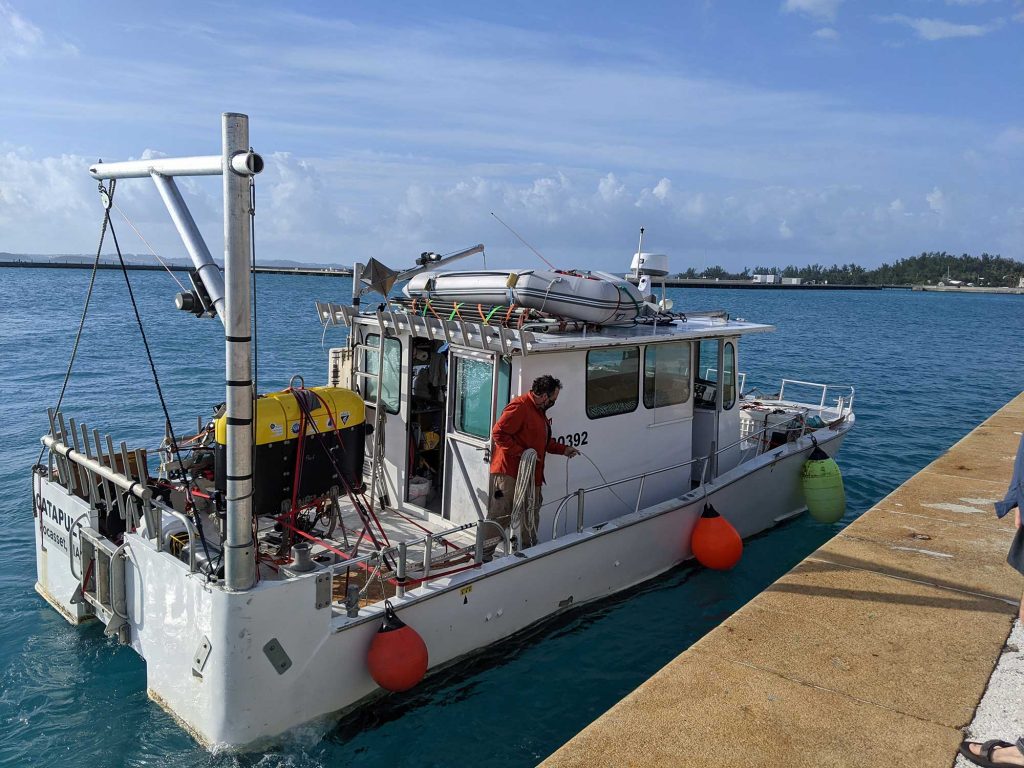