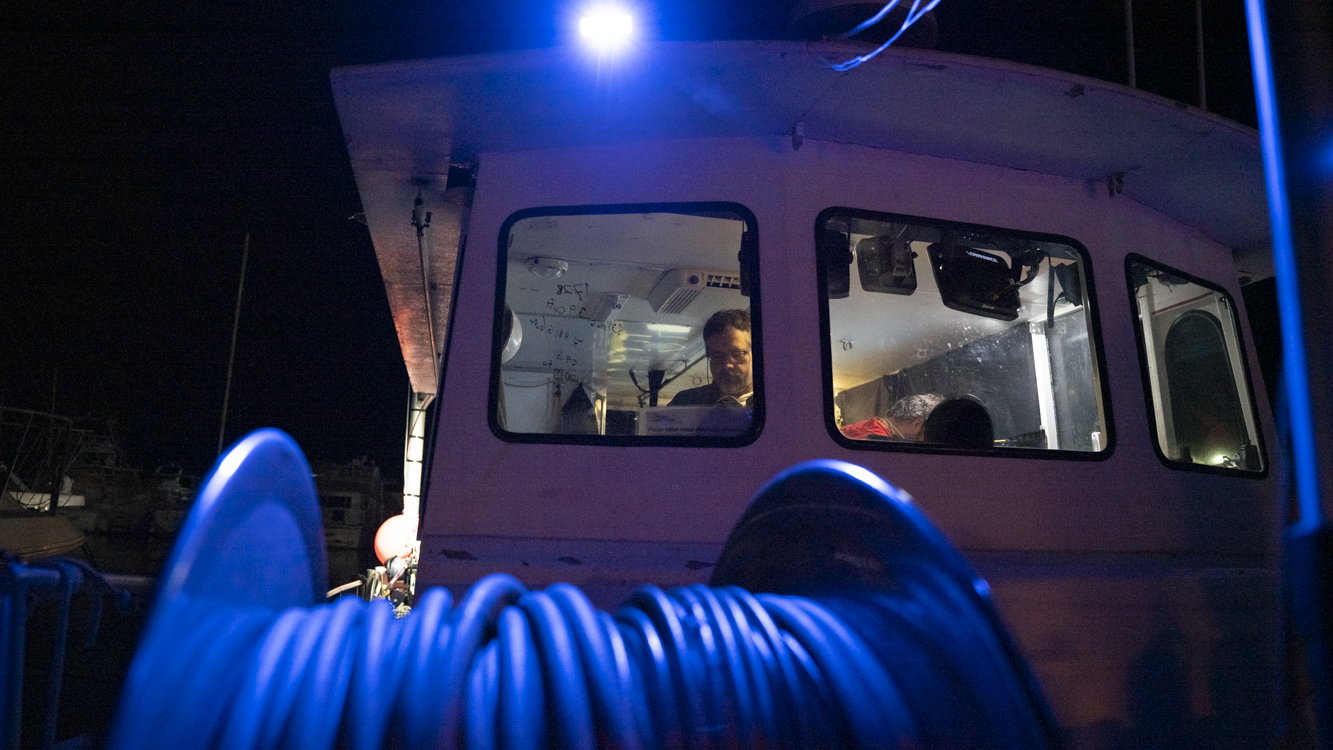 Today, the team set out well before sunrise, by which time they expected the light levels to change dramatically. The plan was for Mesobot to hang out at the ocean's surface for a while until its radiometer began registering sunrise, and then retreat further and further into the darkness, following radiometer readings to track a particular isolume. (See our last post for more info).

Well before sunrise, Mesobot was sinking below the ocean’s surface when suddenly it began to surface again. It’s programmed to respond to any danger or abnormality during the dive, be it a shark attack or data processing error, by triggering what’s known as a burn wire. A burn wire is essentially Mesobot’s ripcord—a literal, thin wire that, when triggered, receives an electric charge that causes it to quickly oxidize, corrode and break, dropping a weight and sending the vehicle back to the surface.

Mesobot’s burn wire was triggered, and so it surfaced just before the sun began to rise. After examining all the onboard data, the team determined it was triggered by a network overload. Mesobot’s cameras were set to record in their highest resolution and update rate, something never before tested, which overwhelmed the internal network and prevented the AUV’s critical functions from running. “We always want to reach, especially on a tech development exercise like this,” said Yoerger, “but we risk getting nothing if we reach too far.” A valuable lesson for the day.

Later in the day, another dive to 500 meters did show some tantalizing evidence that, had everything gone according to plan that morning, Mesobot would have most likely succeeded in catching an isolume. “We got great data and we could see that the isolume following would have "done the right thing" if we'd let it,” said Yoerger, who for this dive programmed Mesobot to run isolume tracking, but not to change depth, which would have been the smoking gun for a successful hunt. “We often use this kind of setup to test new features, but we are very cautious about giving Mesobot free reign to do more than hold depth, etc.” he said.

Mesobot returns to the surface before dawn. Here, its lights illuminate the surface water as it rises off Catapult’s bow. Credit: Jennifer Berglund