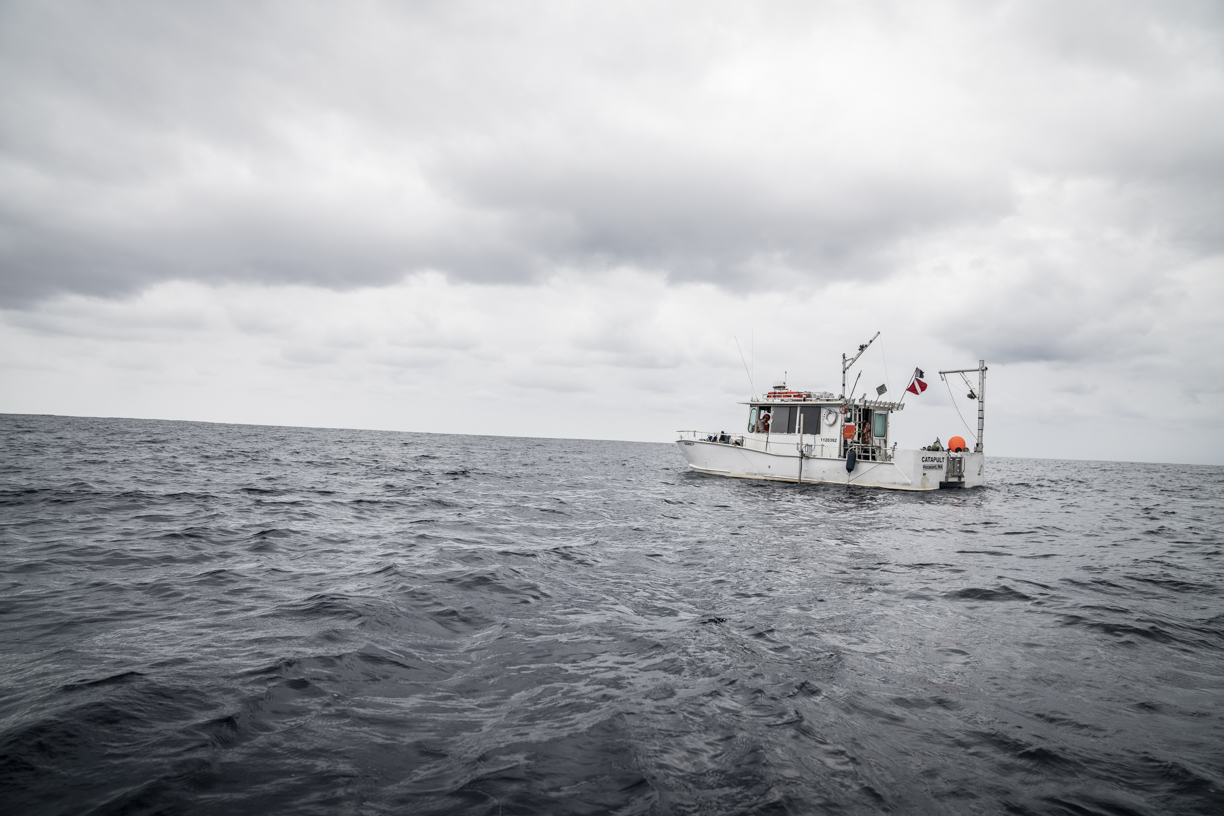 R/V Catapult as seen from its dinghy. (Photo: Jennifer Berglund)

Back at it the following day, the deep water was still rough but the team was undeterred. This time they had a proper light filter for the radiometer, a precision filter that reduced the light intensity by a factor of 100,000—fabulously effective sunglasses that would render Superman legally blind. Thus prepared, they returned to the shallow water to try to catch another isolume. Here, WHOI Senior Scientist Dana Yoerger describes that test:

“Mesobot followed isolumes in 6 minute segments 19 times as the sun set and it got completely dark (to us at least). Over that time, the light levels dropped by a factor of 50,000. Mesobot tracked over that entire range. For all but the dimmest light levels, the control was extraordinarily smooth, but it worked well even at the lowest light levels.

We constrained Mesobot to operate in an envelope between 2 and 14 meters. If the isolume following took it to either of those boundaries, the vehicle would drive back to 8 meters and reset the isolume tracking at that level. This worked very well. A programming bug (now a feature) made Mesobot pop to the surface at the end of each segment. That didn't really cause a problem, and also gave us a reading of the ambient light at the surface as seen by the radiometer (our surface irradiance sensor on the mast was measuring zero for much of the run).”

Congratulations, OTZ Team for a job well done, and a successful field expedition to Bermuda!